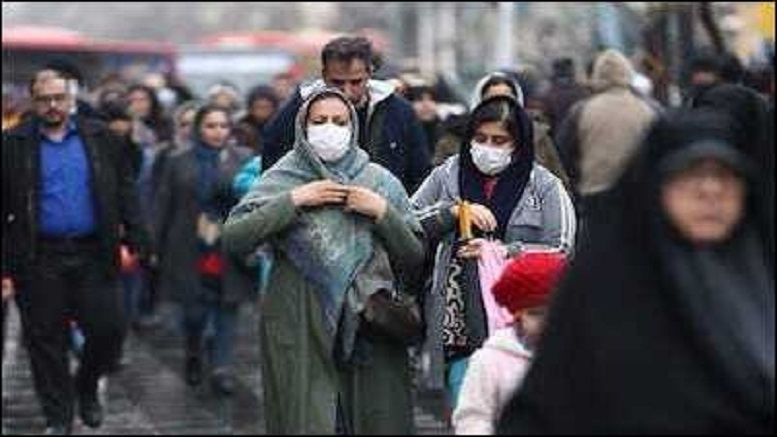 Iran’s Press TV, which represents the regime’s English-language propaganda, has been pushing antisemitic conspiracies about the coronavirus to distract from the mullah regime’s mishandling of the pandemic.

On Sunday, Iran’s Health Ministry reported 49 new coronavirus deaths, the highest single-day toll of those killed by COVID-19 in the country since mid-February. As of press time, Tehran has acknowledged 194 Iranians have died from the fast-spreading disease. But observers believe the true number may be far higher.

Over the last several days, Iran has pushed several reports claiming that “Zionists” were behind the coronavirus. Press TV also quoted the same website that was at the center of an antisemitic article from 2017 that claimed “America’s Jews are driving America’s wars.”

On March 5, Press TV claimed that “Zionist elements developed a deadlier strain of coronavirus against Iran.” Although the report claimed to reference a foreign “academic,” it fits the pattern of Iran using foreign experts to give the regime’s own views a patina of authority.

The agenda of Tehran has been three-fold since the coronavirus outbreak began to affect Iran in mid-February. Iran initially denied that there was a virus outbreak so that it could increase voter turnout for the February 21 election.

In late February, it turned out that some of Iran’s leading politicians and key insiders were infected because the virus had spread from the holy city of Qom to Tehran. To make up for the initial cover-up, the regime shifted its narrative to blaming US sanctions for its inability to control the virus. Already regime leaders were beginning to compare the virus to sanctions.

Iranian President Hassan Rouhani had first downplayed the virus, claiming that like sanctions, it looked worse than it was. Then on March 7, Foreign Minister Javad Zarif argued that the sanctions had “drained Iran’s resources needed in the fight against” the virus. He called it “medical terrorism.”

However, the IRGC had other ideas. Its leader, Hossein Salami, began telling people the virus was “biological warfare” derived from the US. “We are now dealing with a biological war,” he said on March 5. He argued it “may be the product of American biological warfare.”

The IRGC’s narrative quickly became Press TV’s talking point. An article on the homepage on March 8 links to the claim that the US is waging “biological warfare” and also cites an article that argues Israel is behind the virus. According to this article, a “former CIA officer” has argued that “the US and Israel are working together.”

The same source that Press TV relied on for its March 8 article is the same website in the US that once published an article claiming “America’s Jews are driving America’s wars.” That article was tweeted by another former CIA member, Valerie Plame, in 2017. She is now seeking to run for Congress, even though her chances hit a setback on March 7 at a pre-primary convention. Press TV relies on the same antisemitic rantings for its articles today about coronavirus.

Press TV’s use of the “Zionists” label while also publishing articles linked to the “America’s Jews drive America’s wars” is part of its campaign to link Israel to the spread of the virus to weave a conspiracy theory that fits with the regime’s belief that it is a victim of “biological warfare.” Iran’s regime requires a foreign enemy to distract its citizens from its failure to confront the virus last month.

Iran sent Rear Admiral Ali Shamkhani, secretary of the Supreme National Security Council, to Iraq on March 7. Despite the travel ban on Iranians going to Iraq and the high rate of coronavirus among leading regime members like Shamkhani, he shook hands with Iraqi politicians and was not quarantined in Iraq. He claimed in a press conference in Iraq that “Zionists are against regional security.”

Iran’s regime only knows this talking point: Blame it on the US and Israel. From regional security to the coronavirus, it has pushed the same narrative. For COVID-19, it has relied on foreign antisemitic conspiracies to add weight to misinformation about the origins of the virus.

(This article was published on meforum.org on March 8, 2020 and has been reproduced here in full.)