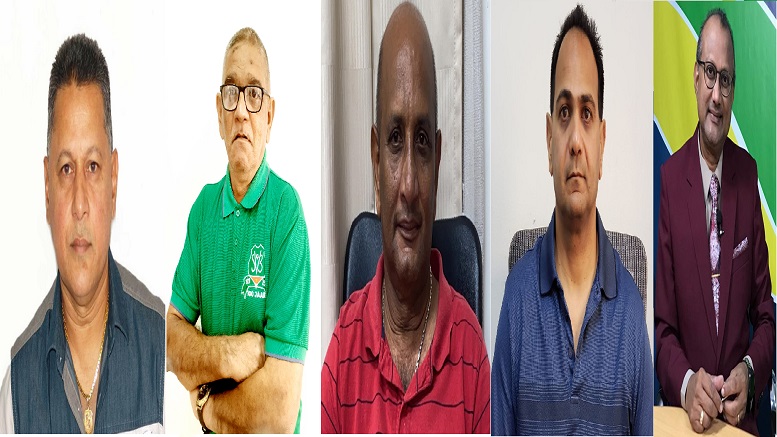 Bharatiyas in Bharat and the Bharatiya Diaspora love cricket. However, it seems that football – also called soccer – is not their game of preference.

Football is a popular sport in the Caribbean. But there is not a single Indo-Trinidadian in the national football team in Trinidad in the Caribbean, although some sports historians mention the names Son Ramroop and Bobby Sookram.

In Guyana, like Trinidad, there is not a single Indo-Guyanese (Bharatiya) man on the national team. However, in the Guyana national women’s football team, there are two Bharatiya women footballers: Brittany Persaud and Kiana Khedoo.

In neighbouring Suriname, however, there is a difference. Surinamese (Hindustani) men have played on the national team in international games.

The following are highlights of a virtual public meeting held recently January 31, 2021 on the topic “Indians in West Indian national football.” The Pan-Caribbean meeting was hosted by the Indo-Caribbean Cultural Centre (ICC). It was chaired and moderated by Bindu Deokinath Maharaj of Trinidad.

The speakers were Ramesh Ramdhan (Trinidad), a football (soccer) referee who supervised the Japan-Croatia match during the 1998 FIFA World Cup in France; Ashok Bainnathsah (Suriname), administrator of the Surinamese Football Association (SVB) and Competition Manager since 2013; Thakoerdien Luna Haroen (Suriname) who scored goals against many countries, including Mexico, Guyana, and Trinidad and Tobago; Prishad Poetra Parmessar (Suriname), player, goalkeeper, a referee with national football teams, and a licensed coach with a degree; and Quaraisy Nagessersing Mohammed (Suriname), a sports journalist who reported on World Cup football matches.

“I believe the question of why Indian footballers are rear on national teams stems from a socio-cultural issue. Historically, there has been a significant lack of strong role models in the field. This may be due to the negative stigma that has been previously attached to persons who play football. To play football, you were expected to be strong and brutal, although this is not necessarily the case.

Suriname has a youth competition that starts with U-9 till U-20. In that competition, there are a lot of young Hindustani players. Some of them are very good, but by the age of 16-18, they choose to study instead.

Overall, Hindustani football players don’t reach the top because they have other goals in life. They are dedicated to their family, and prefer to go into the professions or in business. In Holland, it is the same pattern.

“I was a footballer in the National Junior Championship against Puerto Rico in 1973, and a senior football player from 1973 to 1984. I played in the Suriname national team and scored goals in competitions against many countries, including Mexico, Guyana, and Trinidad and Tobago.”

“The two best-known footballers of Indian (Hindustani) descent to play at the highest level are Vikash Dhorasoo (France) and Surinamese-born, Aron Winter (Holland).

In Suriname, we have had some Hindustani footballers of which goalkeeper Saliek is the most popular. He played for Jai Hind and Leo Victor (with which team he won the league title), and was also selected for the national team. We also had one head coach on the national team during the ’80s named Ro Phoelsing.”

“Hindustanis in Suriname have a special love for football and wrestling. Even though we have a lot of Hindustani-owned clubs, this ethnic group is invisible in the highest levels of the Surinamese football competition. This is a little shocking because when we look at the district competitions, there are numerous active Hindustani teams.”

This has not always been this way. In 1960 up to the ’80s, there were some Hindustani teams that performed very well, and even performed in the highest competition, e.g. Takdier Boys, Jai Hind, Kamal Dewaker and Perkash.”