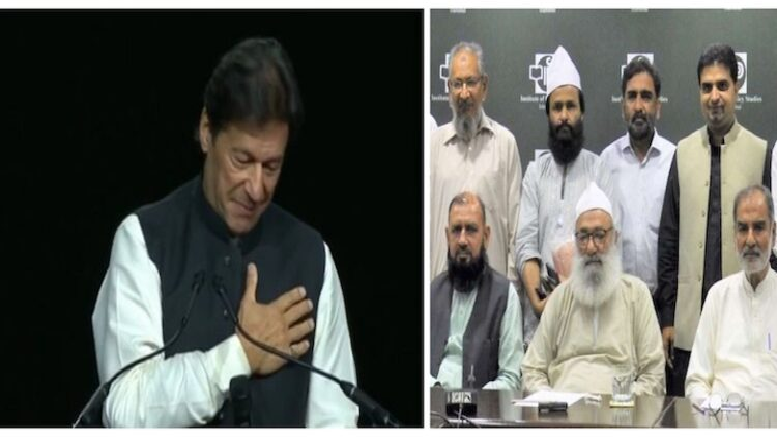 The News quoted sources as saying that the prime minister assured Islamic scholars during his meeting with them in Karachi that the bills would not be enacted by the government. According to the report, the prime minister was also concerned about protecting the ‘family system and the socio-religious values of Pakistani society’.

He was also quoted as saying that some NGOs want laws and policies that ‘promote westernisation’ and undermine the ‘family system and socio-religious values’.

Further, the PM reportedly expressed concern over the ‘spread of indecency and obscenity’ on social media platforms, saying that it threatens the family system which needs protection. The PM is said to have asked the clerics as to how the family system can be saved from such threats.

The prime minister also mentioned popular Turkish drama series ‘Ertugrul Ghazi’ which he has endorsed many times and told the clerics that he directed its broadcast on PTV. “It instantly broke all records of popularity,” the PM proudly told the attendees of the meeting.

It is worth mentioning that the news report in question was written by journalist Ansar Abbasi, who has long advocated for an end to what he terms ‘vulgarity and obscenity’ from the society.

(This article was first published on thefridaytimes.com on 29th September, 2021 and has been reproduced here in full.)

Christian man in Pakistan sentenced to death for ‘blasphemy’

Hindu activist and his 2 friends stabbed by Islamists: Bagalkot, Karnataka