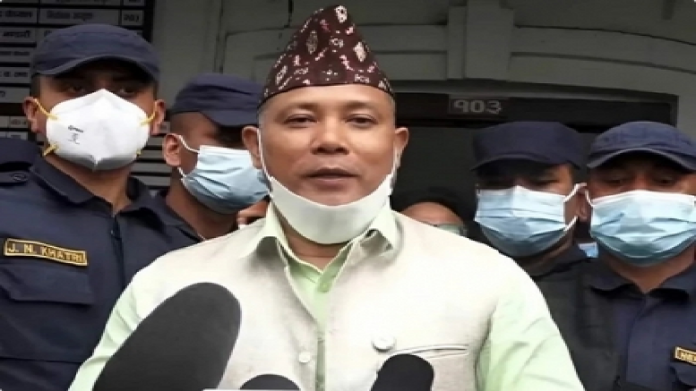 Tucked away along the India-Nepal, Tikapur, home for the Tharu community, has become a factor in the upcoming November elections that mainstream parties can ignore only at their peril.

The community is strongly backing the local Nagarik Unmukti Party (NUP) which is fielding its candidate against the ruling Nepali Congress in the upcoming elections, according to local observers. The opposition Communist Party of Nepal (Unified Marxist Leninist), led by former Prime Minister KP Sharma Oli is also in the fray.

The Tharus injected themselves into the national political equation especially after 2015. Their prominence began to show after the so-called Tikapur massacre on August 24, 2015. On that day an angry mob of hundreds, mostly of Tharu protestors, violently attacked policemen in Tikapur, killing seven of them. A two-year minor was also shot dead in broad daylight.

The Tikapur incident was the culmination of the seething protests by the two marginalized communities — the Tharu and Madhesi before the new constitution was being framed. The two were demanding autonomous provinces for their community. Madhesis protested in the south eastern part of the country while Tharus had taken to the streets in the far-western part.

As major political parties released a draft of constitution for public comment in August from Kathmandu, the central capital, Tharus launched fierce protests.

Amid heated debates on the delineation of provincial boundaries and the number of provinces in the new federal set-up, protests intensified under the banner of Tharuhat/Tharuwan Struggle Committee. They demanded greater autonomy for their indigenous group in the new constitution. However, mainstream ruling and opposition parties did not address their demands because there was another protest by people of Hill origin who demanded a separate Akhanda Sudurpaschim (undivided far-west).

Amid the protests, Tikapur of Kailali district gradually became a major flash point.

The Tharus can attribute their growing political clout to their leader Resham Chaudhary, then the head of the Rastriya Janata Party (RJP).

Soon after the Tikapur incident, Chaudhary went into hiding. Two years after the constitution promulgation, Chaudhary made his mark in local elections. In February 2018, he surrendered to police and the very next month he was convicted by a local court.

Despite serving jail term Chaudhary, has not quit politics. In fact, in January this year, he formed the NUP, with his wife Ranjita Shrestha serving as the party’s new president.

When the country’s local elections were held this May, the NUP won four out of 13 local bodies in Kailali district, of which Tikapur is the headquarters. The party, which won elections by cashing in on ethnic Tharu sentiments, has become the largest party in the district. In the local body elections, the NUP defeated the ruling Nepali Congress by a wide margin.

Encouraged by the results, the party has now fielded candidacies for the federal and provincial assembly polls scheduled for November 20. One of the candidates in Kailali is Ranjita Shrestha, Chaudhary’s wife.

Shrestha is fighting federal elections under the first-past-the-post category from Kailali election constituency-1. She is competing with Ram Janam Chaudhary, a senior leader of the ruling Nepali Congress and a former minister who won at least four general elections from Kailali since 1990.

According to local observers, Ranjita and her party candidates have high prospects of winning federal and provincial elections as their party has a staunch backing of the Tharu people.

“The NUP is likely to win elections in this constituency for two reasons. One is that this party emerged after the Tikapur incident and has cashed in on huge Tharu sentiment since then. Another reason is, the party has announced to establish Tikapur as a separate district within the province. Hence, the NUP is likely to win elections on ethnic Tharu plank,” Keshar Bahadur Kunwar, chief of local Tikapur Multiple Campus, told India Narrative.

Although Ram Janam of Nepali Congress also belongs to the Tharu community, he did not speak in favour of Tharus when Tharus were demanding a separate Tharu Province ahead of constitution promulgation in 2015.

The opposition CPN (UML) has also fielded candidacy in the federal and provincial elections. Given its anti-Tharu stance during the constitution promulgation, the opposition is unlikely to secure a win in the upcoming elections.

Ram Prasad Chaudhary, a local resident of Tikapur, said that Tharus have been exploited for a long time. “We don’t have faith in traditional parties (Nepali Congress and UML) as they just used us as their vote bank. In the local elections our Tharu community voted for the Nagarik Unmukti Party and will vote for the party in the upcoming polls with a hope that it will stand for our cause,” he told India Narrative.