How deceit was built into China’s first aircraft carrier 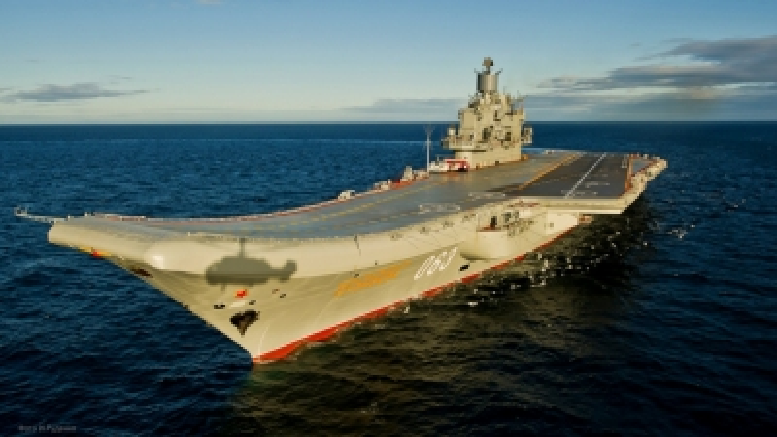 Watching “Narcos” on Netflix may make one wonder how much of the content is fact and how much is fiction. Indeed, facts are often stranger than fiction. Here is one such story: China’s first aircraft carrier.

Varyag was to be an Admiral Kuznetsov class multi-role aircraft carrier in the Soviet Navy. She was known as Riga when her keel was laid in Nikolayev on December 6, 1985.

Launched on December 4, 1988, she was renamed Varyag (Varangian) in late 1990, after the famous 19th century namesake former Soviet cruiser.

Construction stopped by 1992 with the ship structurally complete but without electronics. Ownership was transferred to Ukraine as the Soviet Union broke up and the ship was laid up unmaintained, and then eventually stripped.

In early 1998, she lacked engines, a rudder, and much of her operating systems. She was put up for auction. The ship never saw any active service. Only the hull remained floating on water, pending decision on her disposal.

In April 1998, Ukrainian Trade Minister Roman Shpek announced the winning bid — $20 million from a small Hong Kong company called the Agencia Turistica E Diversoes Chong Lot Limitada. It was divulged much later that bribery, threats, and everything imaginable under the Sun was employed to secure the auction.

The firm proposed to tow Varyag out of the Black Sea, through the Suez Canal and around southern Asia to Macau, where they would moor the ship and convert it into a floating hotel and gambling parlour. This wasn’t a novel proposal.

After all, erstwhile Soviet carriers — Kiev in Tianjin and Minsk at Minsk World in Shenzhen — were fine examples of how Chinese converted old men of war into profitable tourist attractions.

Ukraine publicly did not wish a military role for the ‘would have been’ aircraft carrier. casino seemed like ticking all boxes. So far so good!

Before the auction was closed, officials in Macau had warned Chong Lot that they would not be permitted to berth Varyag in the harbour. The sale was carried out anyway.

Chin Luck’s chairman was a former career military officer with the People’s Liberation Army (PLA). However, the large involvement of former PLA officers is not necessarily a sign that the firm was a cover organisation, because, for historical reasons, it is not unusual in mainland China for a company that actually is involved in tourism or travel to be controlled by former PLA officers.

The practice is in fact prevalent in many countries. Hong Kong at the time had barely been handed over by the British to China. Many still looked at Hong Kong as an ex-British colony and not necessarily as a Chinese territory.

That a half-built aircraft carrier was publicised as a future floating casino, that too by a Hong Kong firm, ensured any and every anxiety that may have popped up in any think-tank around the world was laid to rest.

In mid-2000, the tug boats were hired to take Varyag under tow. However, Chong Lot ran into rough weather as it could not get permission from Turkey to transit the dangerous Bosphorus strait; under the Montreux Treaty of 1936.

Turkey even today has obligations to permit free passage but has certain sovereignty and refusal rights. The hulk spent almost a year-and-a-half under commercial tow, circling in the Black Sea. High-level Chinese government ministers conducted negotiations in Ankara on Chong Lot’s behalf, offering to allow Chinese tourists to visit cash-strapped Turkey if the travel agency’s ship were allowed to pass through the straits.

The soon to be casino had too much riding on it and delays would affect the tourism industry in Macau, it was claimed. On 1st November 2001, Turkey finally changed its stance. It was said, the vessel posed too great of a danger to the bridges of Istanbul, and allowed the transit.

Escorted by 27 vessels including 11 tug boats and three pilot boats, Varyag took six hours to transit the strait. The Russian press reported that 16 pilots and 250 seamen were involved. The Suez Canal did not permit passage of ships without their own on-board power source.

Varyag had to be towed through the Straits of Gibraltar, around the Cape of Good Hope, and through the Straits of Malacca. But as was revealed in 2015, the ship had all four of her engines fitted and well preserved. The information was a closely guarded secret to ensure the casino cover was not blown. The engines were restored in 2011 with smuggled spare parts and undercover Ukrainian assistance.

The world tracked the hulk and so did the tourism industry in general. Varyag entered Chinese waters on 20th February 2002.

She finally arrived at her destination. Not Macau though! Instead, she was berthed at Dalian Shipyard in north-eastern China. Even in those days of China’s nascent modern navy, Dalian was a known naval shipyard.

Eyebrows were raised indeed. What was a ship, which all along meant to play a hospitality role, doing in a naval shipyard?

China, meanwhile, continued to assert that Varyag would be a casino and all accusations of a possible revival as an aircraft carrier was nothing but fiction. However, when

Macau awarded new casino licenses in February 2002, Chong Lot was conspicuous by its absence in that list. The hulk was tied up at Dalian and left to rust — or so the world was made to believe.

Over the next three years, Dalian witnessed activities at a feverish pace around Varyag. In 2005, she was moved to a dry dock. It was only in the months thereafter when the ship was being prepared as a carrier that the world realised what a ride they were taken on by Chong Lot and its original masters. Casino it certainly wasn’t.

Seven years later, on 25th September 2012, the former-Varyag was commissioned as the Liaoning, the first aircraft carrier of the Chinese Communist Party’s PLA Navy.

Anyone who had bet on its gambling role surely lot a ton of money! In 2015, it also emerged that almost 38 tons of blueprint were shipped to China by road to enable the hulk to be revived as an aircraft carrier. Much of China’s dealings continue to follow these nefarious practices: The mask of innocence covering up a sinister plot. With China, fact is always stranger than fiction.