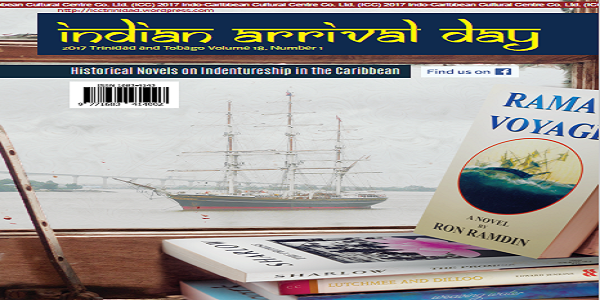 Most people enjoy reading historical novels more than studying history books because they gain insight into the hopes, dreams, fears, failures and triumphs of characters (e.g. kings, governors, rebels, etc.). Readers also catch a rare and privileged opportunity to peep into the private lives, minds and thoughts of historical figures through their humanisation. They may also read how historical novelists challenge the “grand narratives” of conventional historiographies.

Unlike historians, historical novelists provide details of language, manners, dress, food, furniture, houses, etc. of that period. Accordingly, they provide a deeper and more intimate understanding of the past based on historical research. However, writers of historical fiction are sometimes questioned and criticized by historians for the lack of authenticity.

Lutchmee and Dilloo (1877) by Edward Jenkins is the first novel to be published on indentureship in the Caribbean. It was written by a white colonial for British readers at home and in the colonies. The novel depicts the tensions between indentured labourers and plantation administrators in the sugar colony of British Guiana/Guyana. The second historical novel is Those That Be in Bondage which examines the tyranny of indentureship in Guyana and Trinidad, and the rebellion against the system.

Eighty-four (84) years after the publication of Jenkins’ novel came The Jumbie Bird (1961) by Ismith Khan. It is the first novel to be written by a Bharatiya in the Caribbean, not so much on indentureship, but on the longing of ex-indentured immigrants to return home. Unlike most of these historical novels, this coming-of-age work of fiction is not set in the sugarcane plantations but in the city of Port-of-Spain, near (Sir Ralph) Woodford Square. The second historical novel on indentureship is The Dispossessed by Clem Maharaj which deals with the loss that the labourers had to encounter when the sugar plantation went bankrupt.

Also on Bharatiya indentureship in Trinidad is The Promise (1995) by Sharlow Mohammed, which is subtitled, “After all We’ve Done for You.” The novel details the broken promises made to indentured migrants, “of lands where the streets were paved with gold…” David Dabydeen is the first Guyanese Bharatiya to write a historical novel on indentureship. The Counting House (1996) exposes in explicit detail the violence, sexual desire, misogyny and commodification of women in sugarcane plantations. Like The Jumbie Bird, the story of Rama’s Voyage by Ron Ramdin unfolds through the eyes of a boy with emphasis on a journey by ship from Calcutta to Trinidad.

Jahajin by Peggy Mohan is the first historical novel to be written by a (Bharatiya descended) Trinidadian woman who wrote the story in Bharat where she migrated. Chalo Chinidad may be the first historical novel on indentureship to be converted into a film. Weaving Water by Ryhaan Shah is the second historical novel on indentureship to be written by a woman. Like Jahajin by Peggy Mohan, it is a multi-layered work of art. Both novels are written through strong female voices that negotiate their status as women in a world dominated by men.

Please visit the UPDATED website for books on South Asians/(East) Indians in the Caribbean http://chakrapub.wordpress.com/

Please visit the UPDATED website for other editions of the magazine on East Indians/South Asians in the Caribbean http://icctrinidad.wordpress.com