Hindus Protest after Trader, his Son Shot Dead in Balochistan

A Hindu businessman and his son were recently shot dead during a robbery bid in Pakistan’s Balochistan province. Jaipal Das ran a small mobile phone shop near a cement factory around 30 kilometres away from his home in Hub, Balochistan. On Thursday night when he was returning home with his eldest son, Haresh, he was intercepted by robbers.

Protests against the killing broke out in many cities in Sindh and Balochistan on Sunday, such as Nawabshah, Sukkur, Hyderabad and Ghotki. The protesters called for legal and moral support to the family. Das’s seven-year- old son was also present at the protest. He demanded that his father and brother’s murderers be hanged. 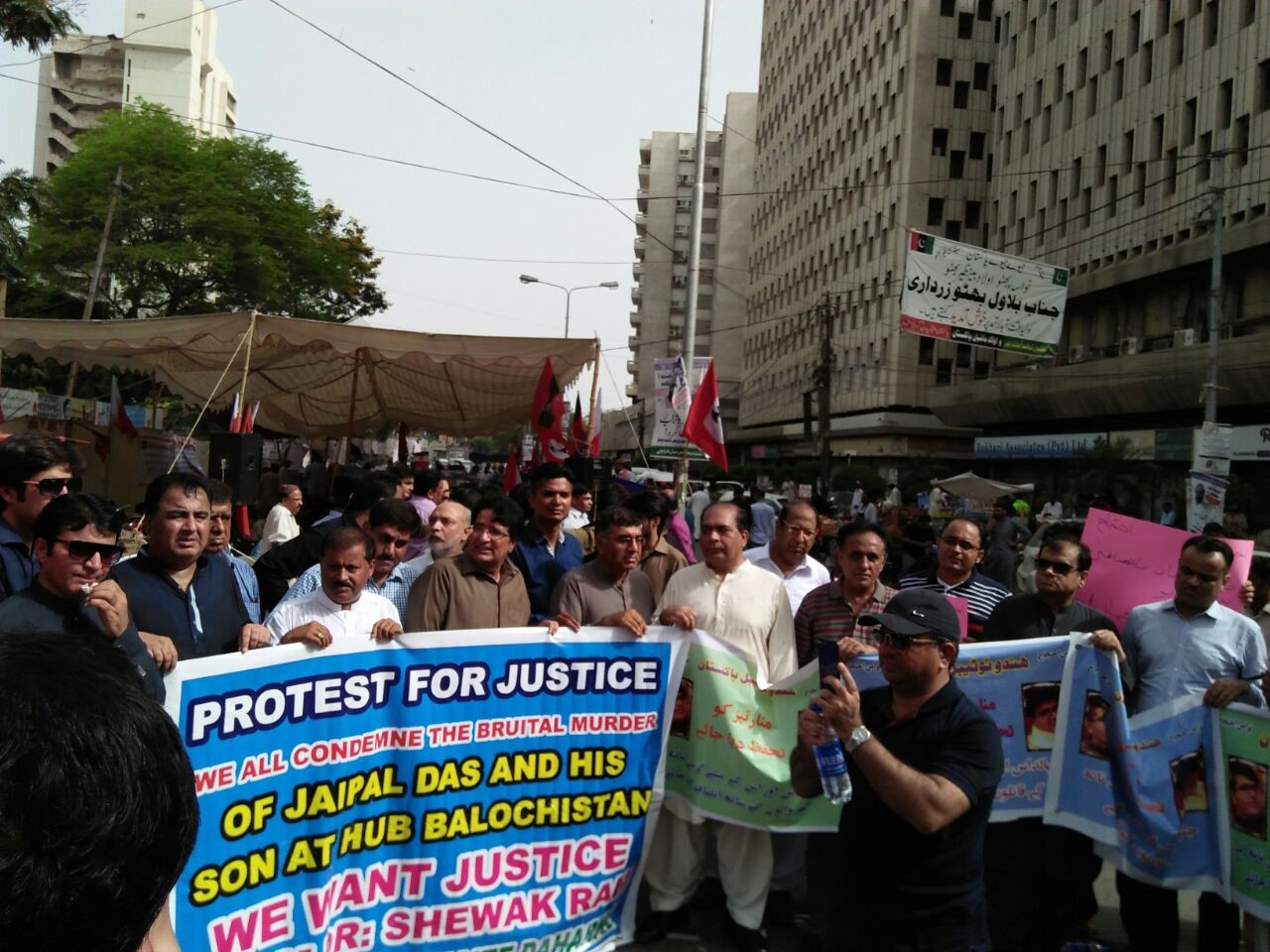 “It has been reported that the duo resisted the robbery and were shot dead,” said a Supreme Court advocate, Mukesh Kumar Karara, who took part in the protest. He added that according to some residents of the area, the two men identified the robbers, due to which they were gunned down.

The protesters were holding placards and banners entitled with demands for justice to the family. They raised slogans for arrest of the accused.

The deceased belonged to an impoverished family, Shyam Shahani said. “They were the sole bread earners of their family,” he maintained, adding that the protest had been staged to express condolences and solidarity with the bereaved family.

Protests were mostly organized by local city Hindu Panchayats in collaboration with the association ‘Hindu Notables of Pakistan’. Here are some videos of the protests organized in different places –

All Hindus in the protest requested Chief Justice of Pakistan Mian Saqib Nisar to take notice of the plight of Hindus living in the country.

Earlier in January this year, the same kind of incident had taken place where two brothers, Daleep and Chandar Maheshwari, who were food grain traders by profession, were shot dead by robbers in Shahi Bazaar of Mithi town in Sindh province.