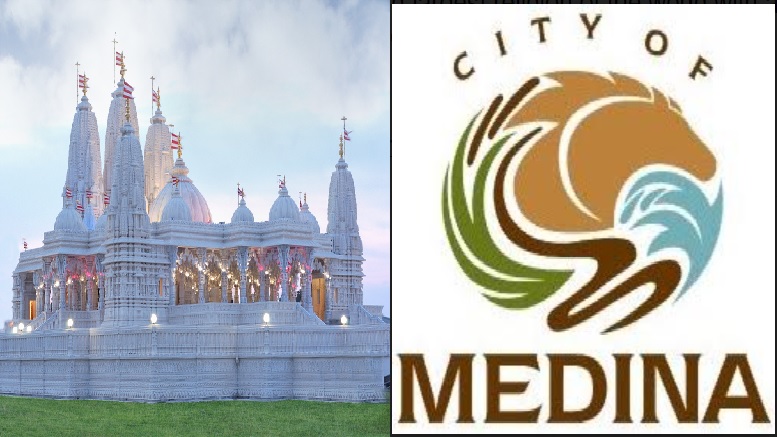 Hindus are disheartened by the delay in approval of a Hindu temple by Medina City Council in Minnesota, USA, which they felt was quite unnecessary.

Despite being on the Council agenda twice on October 5 and 19, the site plan for the 46,000 square foot Hindu temple building, submitted by BAPS Minneapolis, is reportedly still not approved.

Hindu leader Rajan Zed, in a statement in Nevada today, said that we were well into 21st century now and the City should be more respectful and accepting of the symbols, icons, practices and beliefs-systems of other religions.

Zed, who is President of Universal Society of Hinduism, indicated that it was heartbreaking to receive such unwelcoming signals for hard-working, harmonious and peaceful Hindu community; which had made lot of contributions to the region, Minnesota, nation and society; and continued to do so.

City of Medina, whose Vision Statement included “enhance the quality of life of its residents”, should be more welcoming and inclusive, and embracing of diversity; as this planned Hindu place of worship would enhance beauty of the city, broaden the religious horizon of its residents and would be an added attraction to the visitors; Rajan Zed emphasized.

Rajan Zed further said that as an interfaith gesture; Archbishop of Saint Paul and Minneapolis Bernard A. Hebda, ELCA Minneapolis Area Synod Bishop Ann Svennungsen and area leaders of other religions should express their support for Hindus on this issue, showing their solidarity with brothers-sisters from different and minority faith backgrounds.

HinduPost had earlier reported on how some Christian fundamentalists had circulated an anonymous letter to oppose the temple in Medina, MN (near to the major US city of Minneapolis). The letter is full of bigotry such as – “God does not want false religion in our community, or anywhere else….Hindu Gods are false Gods.”

Hindus are facing trouble in getting approvals for a temple in another US state too. Recently, “No Dotheads” signs had sprung up in the residential area near to the spot where Hindus have applied for permission to build a temple in Atlanta, Georgia. ‘Dothead’ is a derogatory slur used for Hindus, which refers to the bindi worn by Hindu women. A Facebook group called Kelly Mill Coalition with over 500 members had popped up to oppose the temple, and an online petition has garnered more than 1,100 signatures when we last reported in September.

Hindus constitute just 0.70% of American population. They do not proselytize to gain converts, or denigrate the majority religion in USA i.e. Christianity. There are around 450 Hindu temples in USA for a population of 2.23 million – 1 temple for every 5000 Hindus. By contrast just one district of Bharat, Kandhamal, has 1,200 churches: 1 church per 125 Christians.