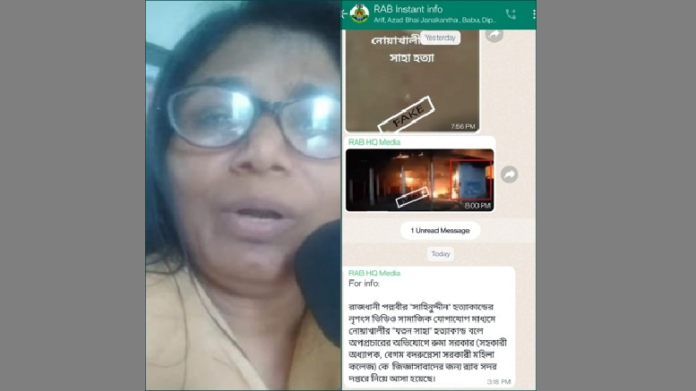 The Rapid Action Battalion (RAB), the elite anti-crime and anti-terrorism unit of the Bangladesh Police, has arrested Ruma Sarkar, an assistant professor at the Begum Badrunnesa Government Girls’ College in Dhaka, on charges of spreading a provocative and false video on Facebook.

She was arrested on Wednesday morning from her residence on Baily Road in the capital.

Khandaker Al Moin, Commander of RAB’s Legal and Media Wing, said, “Ruma Sarkar posted a video of a murder in Dhaka’s Pallabi area claiming it to be the killing of Jatin Saha in Noakhali. She also came on Facebook Live and spread provocative information. We are interrogating her in custody.”