Hindu priest shot at by gunman in Penang, Malaysia

A Hindu priest narrowly escaped death when he was shot at outside his house at Jalan Satu in Air Itam near George Town, the capital city of the Malaysian state of Penang.

It is learnt that two men on a motorcycle rode near his house with one of them firing several shots at the priest who was outside his house on Friday night.

However, none of the shots hit him but he stumbled to the ground in shock in the 9.30pm incident.

Several neighbours came out of their houses thinking the gunshots were the sound of firecrackers.

The police have yet to release an official statement on the shooting. 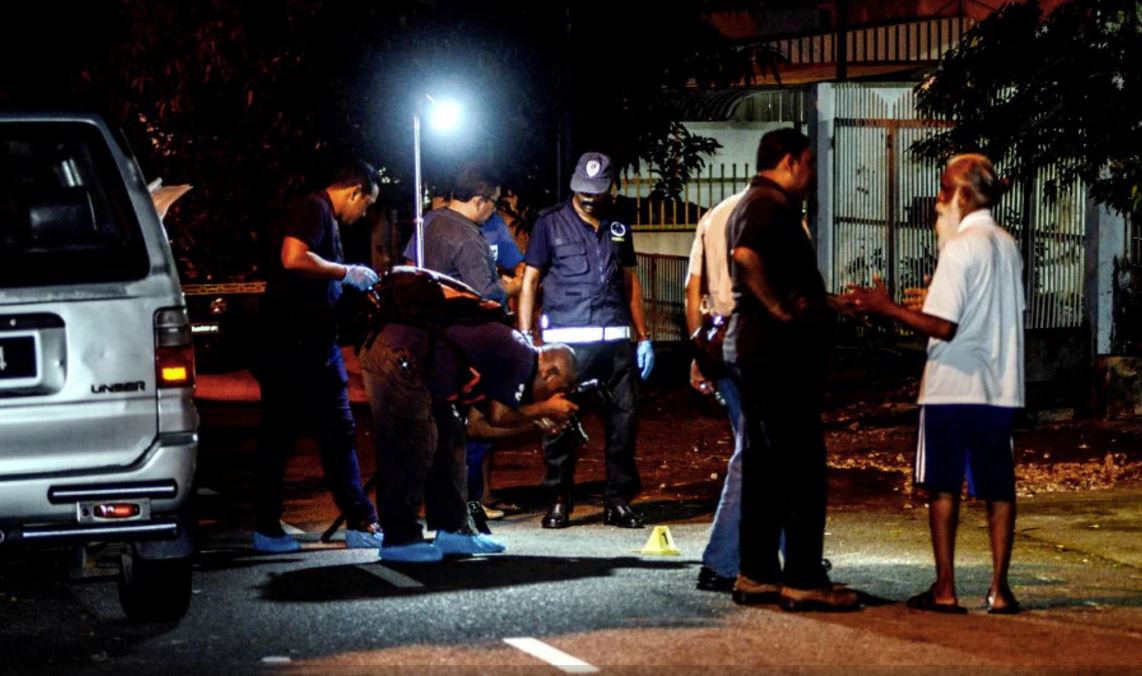 As per other Malaysian media reports,

“Police have detained five men and a boy in connection with last night’s shooting incident at a Hindu priest’s house at Jalan Satu, Air Itam.

“They have been remanded for a week to assist in investigations,” he said.

In the 9.50pm incident, the 50-year-old priest was washing the porch of his house when a gunman fired three shots in his direction at close range. His wife and three children were indoors at the time of the incident.”

Although Malaysia is a multi-religious society, and the Malaysian constitution theoretically guarantees freedom of religion, Islam is the official religion of the federation, as well as the legally-presumed faith of all ethnic Malays (Bhumiputras). No ethnic Malay is allowed to leave Islam, while non-Malay Muslims seeking to apostacise require permission from a sharia court, which is rarely granted.

Sunni Islam is officially promoted by Malaysia, and there has been a creeping Islamization of society over the years with both ruling Barisan Nasional (BN) and the opposition pan-Malaysian Islamic Party (PAS) delivering political messages in religious terms. Malaysian Islamic police monitor the Muslim population, and implement Islamic law i.e. Sharia.

Hindu Dharma is practiced by the migrant communities from Tamil Nadu who came to Malaya to work on British rubber plantations. There is growing anger in the Hindu community over what they believe is a government-backed drive to demolish Hindu temples under the guise that they are illegal structures. In 2006, the Hindu Rights Action Force, a coalition of 50 Hindu-based NGOs, accused the government of an unofficial policy of “temple cleansing.”