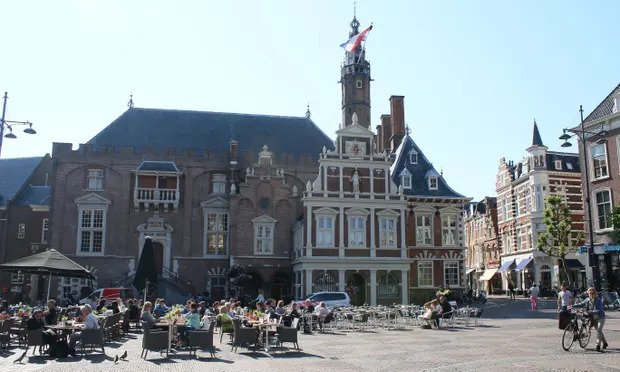 The harmful effect of meat consumption on the environment has led the Dutch city Haarlem to ban meat advertisements in public spaces. The move would make it the first city in the world to ban public meat ads. This is an effort to reduce consumption and greenhouse gas emissions.

A report by The Guardian reads:

…Adverts will not be allowed on Haarlem’s buses, shelters and screens in public spaces, prompting complaints from the meat sector that the municipality is “going too far in telling people what’s best for them”.

Recent studies suggest global food production is responsible for one-third of all planet-heating emissions, with the use of animals for meat accounting for twice the pollution of producing plant-based foods.

Forests that absorb carbon dioxide are felled for the grazing of animals while fertilisers used for growing their feed are rich in nitrogen, which can contribute to air and water pollution, climate change and ozone depletion. Livestock also produces large quantities of methane, a powerful greenhouse gas.

Ziggy Klazes, a councillor from the GroenLinks party, who drafted the motion banning meat advertising, said she had not known the city would be the world’s first to enforce such a policy when she proposed it.

…“It is a signal – if it is picked up nationally, that would only be very nice. There are many groups of GroenLinks who think it is a good idea and want to try it,” Klazes told Haarlem105 radio channel.

The ban also covers holiday flights, fossil fuels and cars that run on fossil fuels. The ban is delayed until 2024 due to existing contracts with companies that sell the products…

Greenpeace research suggests that to meet the EU target of net zero emissions by 2050, meat consumption must be reduced to 24kg per person per year, compared with the current average of 82kg, or 75.8kg in the Netherlands, which is the EU’s biggest meat exporter.

It had earlier been reported that Chinese demand for beef from Brazil has triggered an environmental crisis in the Amazon and Cerrado regions of the South American nation with the demand showing no signs of abating. At a time when the world is realizing the harmful effects of beef consumption on both the environment and human health, the left-liberal cabal has been pushing for beef consumption only because Hindus revere cow as Gaumata.

It can’t be said with certainty what effect banning meat ads in public spaces would have but it can definitely create awareness regarding the harmful effects of meat consumption on the environment.