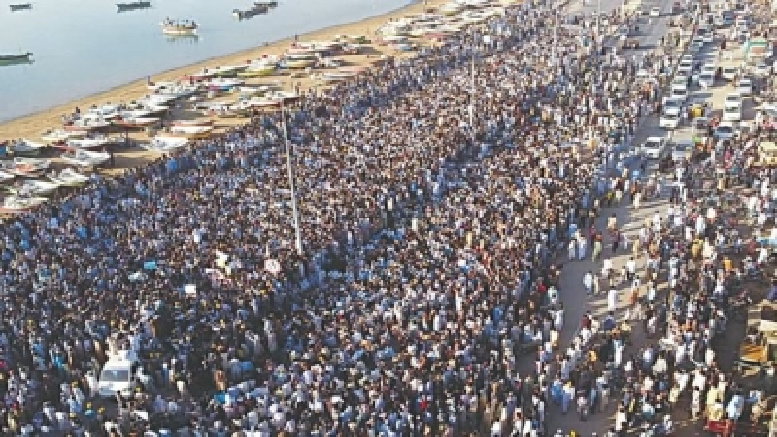 Illegal fishing has now resumed in Gwadar, Pakistan, and citizens continue to face humiliation and harassment at check-points, the Friday Times reported.

It has been a month since the sit-in in Gwadar against illegal fishing and other local issues ended after assurances from the Balochistan government that had claimed to have accepted all the demands of Haq Do Tehreek (HDT).

But HDT leader Maulana Hidayat-ur-Rehman said that the provincial government has failed to implement the agreements and demands made by the HDT movement, and vowed to resume the sit-in at Dharna Chowk in Gwadar on March 1.

Rehman addressed a press conference earlier this week. Surrounded by hundreds of supporters, he said that this time the protesters would not negotiate with the chief minister or the chief secretary, but with the Pakistan Prime Minister and the Army chief.

The original agreement, which was written on December 16, was signed by HDT on the provision that the government would comply with the movement’s demands within a month. However, as the HDT leader claimed, the government has ‘failed to implement its promises’ and is ‘not serious about resolving the issues’.

At the time, several individuals in the movement had criticised the agreement, saying that the 31-day sit in had been ended on the basis of ‘promises’, rather than action.

Rehman outlined the various ailments still plaguing Balochistan. He claimed that drug dens are still in operation and alcohol and drugs are being sold in every ward of Gwadar.

The Maulana also said that the CM had announced a package for fishermen, which has not yet been delivered.

He railed that when Gwadar has been declared a disaster area, the district’s administration is content to supply victims with just 1 kg of flour and 1 lt of cooking oil, the report said.

He said that the people of Makran are not satisfied with the performance of the Balochistan government.

Further sit-ins have been scheduled across Makran, starting January 20 and throughout the month of February.