General strike in Nepal throws lives out of gear 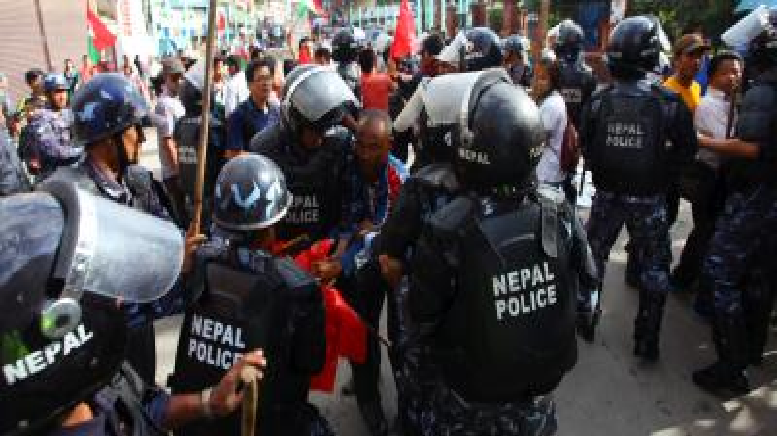 A general strike called by the Pushpa Kamal Dahal ‘Prachanda’-led faction of the Nepal Communist Party (NCP) on Thursday has led to the disruption of normal life across the Himalayan country.

Vehicular movement on the roads have been halted, education institutions were closed and only a very few shops were open.

The ruling NCP fell apart after Prime Minister K.P. Sharma Oli dissolved the House of Representatives on December 20, 2020 and the Prachanda-led faction has been agitating since.

Although the government has tightened security and urged the people to defy the strike, according to the Nepal Police, at least 75 members and cadres belonging to the Prachanda-led faction, including senior leader, Asta Laxmi Shakya, were arrested from various parts of the country since early Thursday morning.

Since the house was dissolved, the the Prachanda-led faction has staged protests and mass gatherings against the move in major cities.

Oli’s decision has been challenged in the Supreme Court and hearing is going on. Major parties in Nepal are divided over the house dissolution and Oli’s proposal to hold snap polls on April 30 and May 10.

After Oli appointed 32 individuals in various constitutional bodies and administered the oath of office and secrecy on Wednesday, the Prachanda-led faction immediately opposed the decision and announced the general strike in protest.

The move to appoint individuals in constitutional bodies is unconstitutional at a time when Parliament is dissolved, party spokesperson Narayan Kaji Shrestha said.

Shrestha came down heavily on Oli for betraying the people’s aspirations and their struggle to establish the political system in the country.

“Thursday’s general strike is against Oli’s fascist attitude and anarchism,” Shrestha said, adding that “however, the strike would be peaceful, yet aggressive.”

Protests break out in Nepal against China’s interference