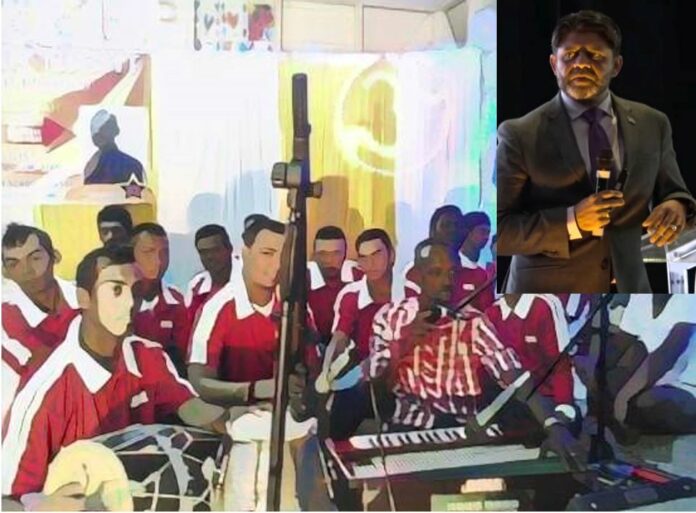 A few political parties, namely National Federation Party (NFP) and Fiji Labour Party (FLP), have fielded candidates who are Hindu devotional singers (Bhajaniyas). They are educated and have contributed towards their communities.

The Bhajaniyas have every right to contest the elections, which is their political and constitutional right. It is up to the voters to decide as to whether they deserve a seat in Parliament. However, Attorney-General and alledged bomber Sayed-Khaiyum [3, 4], thinks otherwise. He questioned the status (aukat) of Bhajaniyas and questioned whether they would be able to ‘speak in Parliament’.

Many political observers have been disturbed by this remark which reeks of arrogance. Bhajan is a major segment of the Hindu religion, culture and traditions. It is sung as an expression of Hindu devotional worship, and at functions and community events. Therefore, Sayed-Khaiyum’s outbursts against the Bhajaniyas is being seen as an insult to the entire Hindu community.

Many feel Sayed-Khaiyum’s remarks are purely racist and a manifestation of his latent Hinduphobia. These remarks against the Bhajaniyas have not gone down well at all with the Hindu community in Fiji, and many have expressed shock and outrage against the de-facto Prime Minister.

This incident may prove costly to Khaiyum and his FijiFirst Party in the upcoming elections. Critics say that Sayed-Khaiyum should first look at the caliber of candidates in his own party before pointing fingers at others and denigrating them.

For example, controversial FijiFirst candidates include Zarina Begum Reece accused of stealing from an NGO [5], Khaiyum’s nephew Mohammed Zuhayr Khan, Faiyaz Koya and political turncoat Mohammed Rafiq. And not to forget, Aiyaz Sayed-Khaiyum himself for his alleged involvement in a fatal bomb attack in 1987.

Proselytization by Pakistani-origin maulana, building and school in Jinnah’s name pops up: Fiji

Indo-Fijian lawyer may face jail for pointing out spelling error