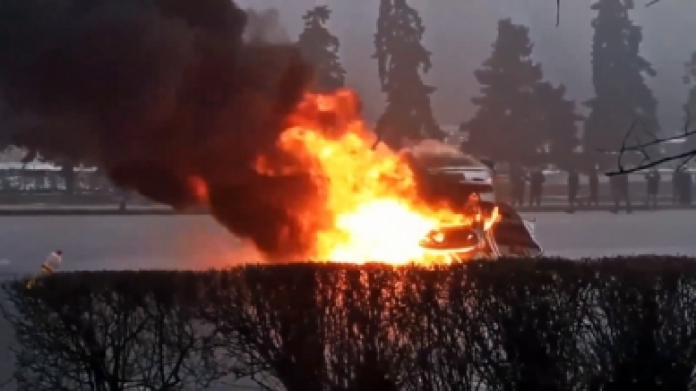 Dozens of attackers have been “eliminated” after they attempted to storm administrative buildings and the police department of the Kazakh city of Almaty amid the ongoing unrest across the country, a media report said.

In its report on Thursday, Russia’s TASS news agency also said that total of 12 law enforcement officers have been killed and 353 others injured in the clashes with the rioters in Almaty.

The “anti-terrorist” special operation continues in the city and police urged residents and visitors to refrain from leaving home for their own safety, Xinhua news agency quoted the TASS report citing Kazakhstan’s Khabar-24 TV channel as saying.

Over 1,000 people were injured across Kazakhstan with almost 400 of them hospitalised as a result of the violent protests over the past days, said the report.

Meanwhile, the Interior Ministry has claimed that 2,298 protesters have also been detained.

The protests sparked by dissatisfaction over surging fuel prices escalated on Wednesday, with protesters storming the main government building in Almaty, setting police vehicles on fire, and attacking the regional branch of the ruling Nur Otan party.

The mounting unrest prompted the Kazakh government to seek help from the Collective Security Treaty Organization (CSTO), which has decided to deploy peacekeeping forces to the country.

President Kassym-Jomart Tokayev has blamed foreign-trained “terrorists” for the unrest, without giving evidence.

He has also fired his cabinet aimed at curbing the demonstrations, including his predecessor, Nursultan Nazarbayev, who had held a national security role since stepping down as President.