DIIR to host a symposium on ‘Tibet’s Past, Present and Future—What is the Way Forward?’ 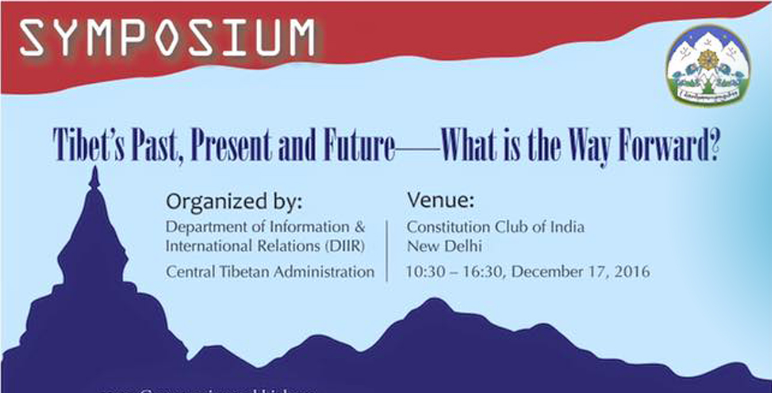 The Department of Information and International Relations (DIIR) of Central Tibetan Administration (CTA) will organize a symposium on ‘Tibet’s Past, Present and Future—What is the Way Forward?’ at the Speaker Hall, Constitution Club of India in New Delhi.

The high-profile symposium, which will be held on December 17 from 11:00 – 16:30, will bring together political leaders, thinkers, intellectuals, academicians and policy makers from across the world to discuss about Tibet.

The discussion will kick-start with the release of the book ‘Tibet is not a part of China but the Middle Way remains a Viable Solution,’ – CTA’s report on the situation inside Tibet under the Chinese occupation.

Former diplomat and MP, Shri Mani Shakar Aiyar will be the guest of honor for the book launch.

This entire symposium will be streamed live via Tibet TV, CTA’s official TV channel on both youtube and facebook.

A Symposium on Tibet’s Past, Present and Future—What is the Way Forward? held at The Speaker Hall, Constitution Club of India. 11:00 – 16:30, December 17, 2016, Organized by Department of Information and International Relations (DIIR) Central Tibetan Administration