CoHNA Denounces Riots at the US Capitol 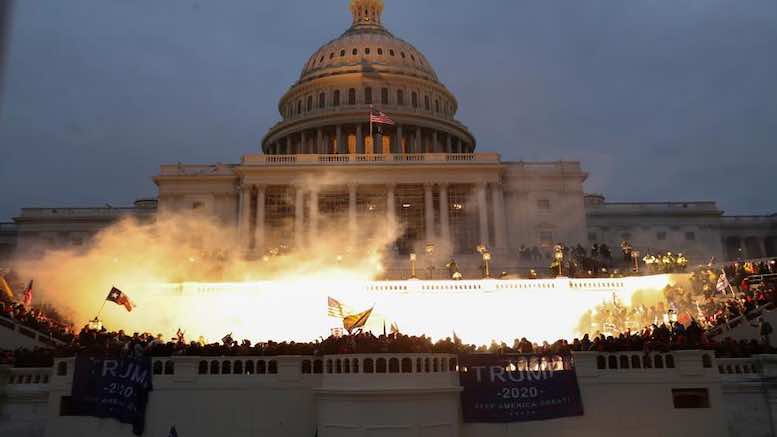 CoHNA (Coalition of Hindus of North America) is disturbed by the January 6 riots that erupted on Capitol Hill, a symbol of our democracy. The recent events and the aftermath do not reflect the values that America stands for and are not in line with the values and the Hindu philosophical concept of Ahimsa (non-violence) exemplified by Mahatma Gandhi, Martin Luther King, Jr. and many other international icons.

Riots that shake the foundations of our nation, threaten the democratic processes of our country, and disrupt the orderly transfer of power must be condemned by all.

In addition, we also condemn the nefarious, Hinduphobic and bigoted attempts by certain activists, scholars and media personalities to paint a broad brush and link the display of the Indian national flag to Hindus across America. This is despite the fact that the identity and intentions of the individual who carried and waved the flag during the Capitol Hill riots were revealed by many on social media and in various news outlets.

Unfortunately, we see ongoing and deliberate attempts by certain sections of the society (whether through resolutions in city councils, at university events or during the recent riots on Capitol Hill), to disparage the Hindu community by routinely portraying it as extremist. We urge fellow Americans to denounce such prejudiced rhetoric and dangerous propaganda.

As Americans and American Hindus, we firmly stand against violence and bigotry in all its forms. The democratic traditions of our nation should be protected at all costs, irrespective of ideological differences or affiliations. Rioting and anarchy do not belong in today’s society and, in fact, endanger the fabric of our great nation.

To end with a verse from the Vedas:

May all be prosperous and happy, may all be free from illness

May all see what is spiritually uplifting, may no one suffer