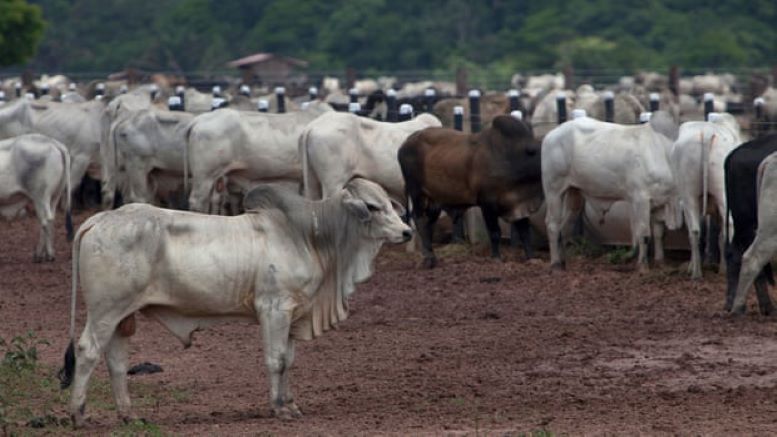 Chinese demand for beef from Brazil has triggered an environmental crisis in the Amazon and Cerrado regions of the South American nation with the demand showing no signs of abating and sales have risen by 76% last year as reported by The Guardian.

The meat consumption pattern in China has undergone a drastic change over the years and even if people in larger cities are becoming health conscious and turning to vegetarianism, increased incomes in villages and smaller cities have led to a rise in the amount of meat being consumed in those places.

This ever-increasing rise in demand for meat from China has given a boost to Brazilian meat exports. However, these exports are taking a heavy toll on Brazil’s environment. Despite the pandemic situation, Brazil remains the world’s largest beef exporter.

Available government data indicates that 43% of China’s meat imports in 2020 was supplied by Brazil which saw a 76% rise in beef exports in comparison to 2019 figures. According to professor of agribusiness at Sao Paolo University Thiago de Carvalho, there has been a boom in the demand for Brazilian beef which happens to be the cheapest in the world.

Traditionally, the Chinese are largely pork eaters but the African swine fever has affected the consumption of pork since 2018 when pigs were either killed by the swine flu or were slaughtered to prevent the spread of the deadly disease. Considering the fact that the Chinese pork industry is yet to recover from the impact of swine flu, beef imports have increased as the Chinese continue to replace pork with beef.

The Guardian report also says that as per consumer surveys more Chinese are turning to beef. A poll of affluent Chinese consumers by the marketing company Meat & Livestock Australia found that a third had eaten more beef during the past year.

The article cites the impact of this on the environment and says:

Almost 70% of China’s Brazilian meat imports came from the Cerrado, the vast tropical savanna region, and the Amazon in 2017, according to Trase (Transparency for Sustainable Economies), a European network that monitors supply chains. About half of the Cerrado and about 20% of the Brazilian Amazon have been cleared – with a devastating impact on global heating as both are important carbon sinks.

“The Amazon provided about a fifth of China’s imports but is actually half of the deforestation risk,” says Erasmus zu Ermgassen, a researcher at Louvain Catholic University in Belgium and one of the authors of a study on the impact of beef exports.

With the rise in demand, Brazilian agriculture is being pushed further into the forest thereby leading to the loss of rainforests that act as carbon sinks of the world. China is believed to have licensed 22 Brazilian slaughterhouses for exports since 2019 and 14 of these are located in the Amazon.

Even the Chinese government is said to have expressed concern regarding the meat consumption in the country and it has supposedly shown signs that it wants to cut meat consumption. The Guardian says “While China has yet to show concern over the connection between Brazilian beef imports and Amazon deforestation, there are at least signs that its government wants to cut meat consumption, which would improve public health and reduce carbon emissions. Last September, President Xi Jinping surprised many when he said China would aim to become carbon neutral by 2060.”

At a time when the world is realizing the harmful effects of beef consumption on both the environment and human health, the left-liberal cabal has been pushing for beef consumption only because Hindus revere cow as Gaumata. They even attempt to instigate youngsters against Hindu Dharma by encouraging beef consumption through beef festivals in the name of ‘freedom to eat’.