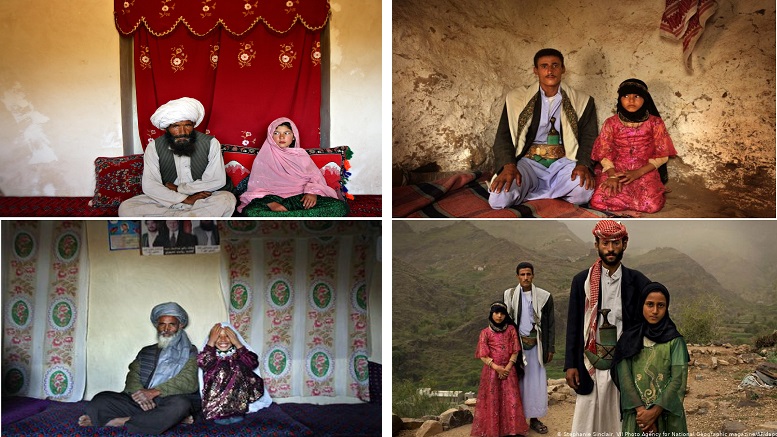 Underage girls sold off to much older men in exchange for money have remained common and widespread across Afghanistan for centuries. Child marriage is rampant where much older men ‘marry’ minor girls. The recent return of terror-group Taliban has made matters worse for young girls and easier for pedophiles.

The country was facing drought & struggling due to the coronavirus pandemic. The Taliban takeover of Afghanistan in August plunged the country into a severe economic crisis.

Some girls as young as 2 are now being sold off by ‘desperate’ parents!

Media reports suggested that an 8-year-old fetched $3,000, a 6 year old $3,350 and a year and a half old baby girl was sold by her own parents for $2,800! It seems poverty and hunger is driving parents and families to take such extreme steps. The problem is acute, especially in camps where the displaced live.

Gul Bibi, the mother of the 8-year-old said that hunger and debt forced her to sell off the girl for $3,000 that translates to roughly 3 lakhs in local Afghan currency. She added that the man who ‘bought’ her daughter will come soon to fetch her. Bibi said that she did not have a choice and added that she knows that this is not a good thing to do.

This immoral trade has continued unhindered in the lawless country but the recent conflict and drought have worsened the situation. Families are now selling off their young daughters at an even younger age.

A father said that he sold off 2 of his girls, aged six and nine. He too blamed hunger and the hardships at the camp. At times, the amount agreed upon is settled by the buyer in installments spread over many years.

Hospitals are full of malnourished children and parents do not have the means to provide proper treatment for them. A lady named Arzoo said that her family had no money to take her child to another hospital. Arzoo said that she gave birth to 5, of which one died and added that the one she lost was malnourished too. She sold a piece of iron just to bring this child to the hospital for treatment.

The United Nations estimates that half the Afghan population lives in poverty which will become acute once winter sets in. It wants the international community to donate millions more in emergency aid.

One wonders what the maulvis and preachers in the well-funded Deobandi mosque/madrassas that populate the Pakistan-Afghanistan border are doing. Why aren’t they guiding and helping these poor Afghan families, forced to sell off their daughters into sexual slavery just to put food on the table?

What are the rich Muslim nations like Saudi, UAE, Oman, Qatar, Bahrain, Turkey and Malaysia doing? Instead of funding the spread of Islam all over the world, funneling money to the Islamic conversion mafia in Bharat led by likes of Maulana Kalam Siddiqui and IAS Iftikharuddin, and giving safe harbor to terrorist preachers like Zakir Naik, the global Muslim community would do well if they teach Afghans family planning and come to their aid.