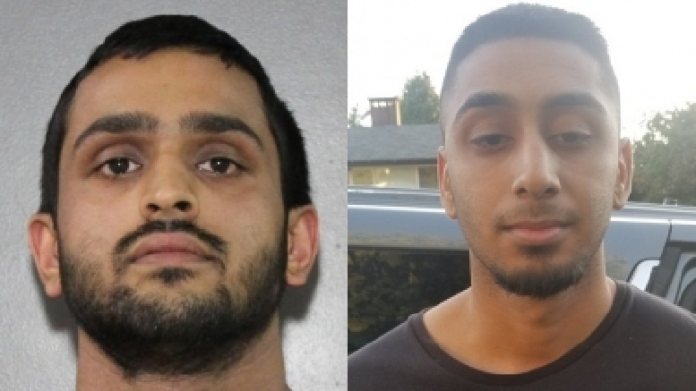 Canadian police agency has issued a public safety warning identifying two men of Punjab-origin who pose a significant threat to the community due to their ongoing involvement in gang conflicts and connection to extreme levels of violence.

Karnvir Garcha, 24, and Harkirat Jhutty, 22, are both connected to criminal activity and high levels of violence, and anyone connected to or in proximity to them may be putting themselves at risk, Surrey Royal Canadian Mounted Police (RCMP) wrote in a release.

Both Garcha and Jhutty are residents of Surrey town in Canada’s British Columbia (BC) province, and are involved in drug trade, gangster activities and shootings, which has put families and communities at risk, police said.

“Despite the threats to their lives and the safety of others around them, these individuals have shown little regard for public safety in our communities,” Staff ASergeant Lindsay Houghton of the Combined Forces Special Enforcement Unit (CFSEU-BC) said.

Houghton said that CFSEU-BC is working closely with all policing partners, including the Surrey RCMP, “to send the clear message that gang-related violence will not be tolerated”.

In August 2022, Canadian Police issued a list of 11 notorious gangsters, nine of whom were of Bharatiya-origin hailing from Punjab state.

Indo-Canadian gangs came up in the early 1990s, especially in and around Vancouver in British Columbia. Bharatiya government has repeatedly flagged its concerns to the Canadian authorities over the involvement of gangsters operating from the North American country, especially after the killing of Punjabi singer Sidhu Moosewala last year.

Goldy Brar, implicated in the murder of Moosewala, is a Canada-based member of the Lawrence Bishnoi gang with 16 cases registered against him in Bharat.

Bharat’s National Investigation Agency (NIA) has been calling for action against Brar, Lakhbir Singh Landa, Hardeep Singh Nijjar, Raman Judge and Arsh Dhalla — all based in Canada with roots in Punjab.

Landa has around 20 cases pending against him in India, and has been named as the main conspirator in Moosewala’s killing.