Call for US Justice Dept. probe into CAIR funding of anti-Bharat Chicago resolution 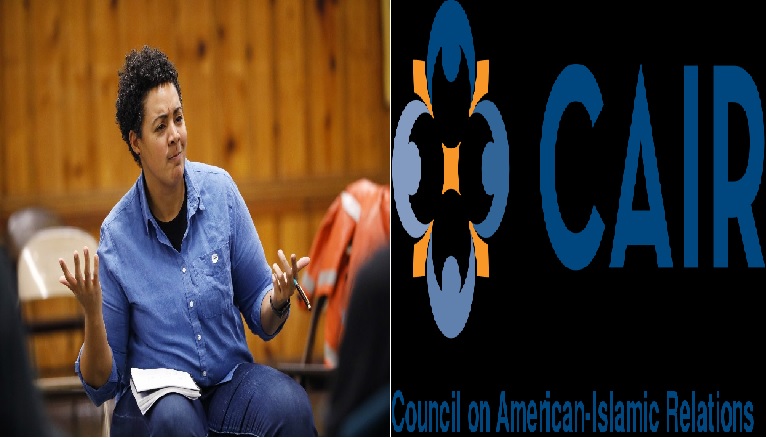 Dr. Bharat Barai, Chairman, US-India Friendship Council called for a US Federal Justice Department investigation into the role of Council on American-Islamic relations (CAIR) which recently announced that they have sponsored the City of Chicago Resolution R2020-2583 which is being introduced by  49th Ward Alderman Maria Hadden.

“The flow of Middle Eastern money to CAIR which is influencing U.S. elections and fund such hate resolutions in cities like Chicago, need to be condemned.  The funds of a not-for-profit organization should not be used for partisan politics or hateful extremist religious agenda” added Dr. Barai.

“We Hindus, Muslims, Christians, Sikhs, Jains and Aga Khanis want to continue to be united and live together peacefully in Chicago” added Sohan Joshi.

Leontine Horn, Senior Community Activist of 49th Ward Chicago said that 49th Ward Alderman Maria Hadden did not consult her residents on this hate resolution.  Ms. Horn said that she wants the world to know that residents of 49th ward  are not haters but a peace-loving inclusive community.

Amitabh Mittal, Secretary, U.S. India Friendship Council said that the City of Chicago has never ever introduced a resolution on the internal affairs  of any country. This Chicago City resolution targeting Bharat, the world’s largest democracy is uncalled for.

Nirav Patel, President of Asian American Store Owners Association with membership of over 2,600 retail storeowners in the State of Illinois, said that the resolution R2020-583  introduced by 49th Ward Alderman Maria Hadden is erroneous and parts of the resolution are not factual.  He added that Alderman Maria Hadden has introduced a resolution which is full of hate against Bharat and contains misleading, false statements.

Ms. Urvashi Butt, a social worker and resident of 49th Ward said that Alderman Maria Hadden has many issues in our ward, which are not being attended to. For example, need for  a crosswalk for Seniors across the senior residence  building at 6400 North Sheridan and other Senior buildings in our Ward. Ms. Butt asked Alderman Maria Hadden to attend to 49 ward resident’s problems instead of introducing a hate resolution about Bharat which is 10,000 miles away and  where she and  the City of Chicago has no mandate whatsoever.

Nirmala Reddy, a women activist warned  Alderman Maria Hadden and other Chicago Aldermen who support this divisive resolution R 2020–583, that passing of this resolution on March 24th will spark hate and violence among the peace-loving united Indian American Community of Chicago.  Let us not have another Atlanta type anti Asian-American hate violence crime in Chicago, she added.