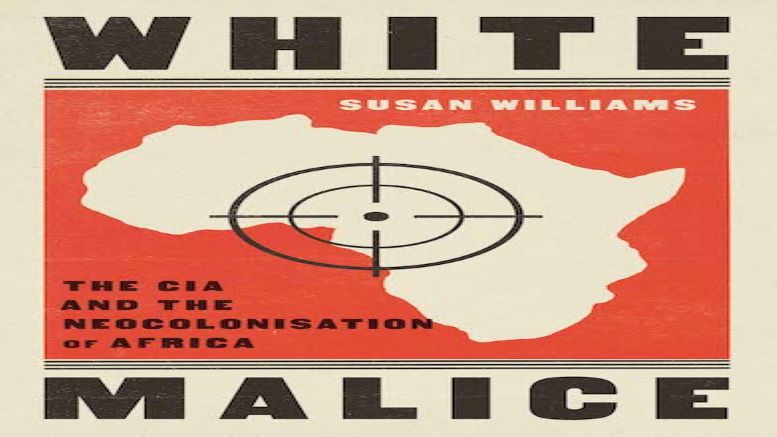 The covert role played by Britain in the murder of Congo’s Patrice Lumumba in 1961 has come under the scanner in a new book on CIA in Africa that also raises questions with regard to the death of UN Secretary-General Dag Hammarskjöld. It throws light on how Britain’s MI6 has conspired with the CIA in overthrowing several democratically elected leaders and even facilitating the assassination of some.

Patrice Lumumba was Congo’s first democratically elected prime minister who championed the cause of secular unity in the African nation. However, a long and malicious campaign was run to discredit him before his capture, torture, and assassination in January 1961. Files bringing to light the role of MI6 in the entire sequence of events leading up to Lumumba’s murder have been suppressed with many suspected to have been destroyed as well.

The book focuses on the CIA’s network of agents and the lavish bribes given by the agency to several beneficiaries including Congolese army chief Joseph-Désiré Mobutu who played a significant role in the coup against Lumumba and seized power. Mobutu ruled Congo till his death in 1997.

“There is little doubt that Daphne Park, MI6 station chief in Congo under cover of consul at the British embassy, was kept fully informed of the CIA’s dirty work, including a plan to poison Lumumba. She was very close to Larry Devlin, the CIA’s station chief”, says Declassified UK.

Williams brings to light that Park had made two different claims with regard to Lumumba’s murder. In her 1989 interview with the New Yorker Magazine, she named the CIA while in 2013 when she was asked about MI6’s involvement in the assassination, she is reported to have said “We did. I organized it”.

Williams believes both statements are true and not contradictory. It is pertinent to point out that Park had admitted in a BBC interview in November 1992 that they discreetly set people up against one another so that they may destroy each other. As is evident, Britain appears to have adopted this strategy in newly-independent Congo where it could easily set people against each other.

According to Williams in September 1960, the day after Britain’s then prime minister Harold Macmillan spoke with President Eisenhower regarding “the troublesome activities” of Lumumba, Howard Smith of the Foreign Office’s African Department informed his colleagues that the simple way of ensuring Lumumba’s removal from the scene was “killing him”.

“Neither Park nor Devlin pulled the trigger, gave the order to the firing squad, but they conspired to bring about a situation where the most logical, indeed the only possible, outcome would be the death of Patrice Lumumba”, says Paddy Hayes in his biography on Park.

Congolese troops executed Lumumba in the mineral-rich Katanga province on 17 January 1961. Britain’s role wasn’t limited to passively turning a blind eye to the events or simply colluding in them. It becomes amply clear from the book that British officials were actually encouraging Lumumba’s opponents to kill him.

British and US intelligence General Henry Alexander who had been seconded from the British army to serve as Ghana’s first president Kwame Nkrumah’s chief of defence staff. in this regard, it must be pointed out that Alexander headed the Ghanian contingent of the UN peacekeeping force in Congo. He and his fellow British officers, therefore, had lots of opportunities to save the Congo president which they refused to do.

UN Secretary-General (UNSG) Dag Hammarskjöld was an ardent supporter of Lumumba. Incidentally, his death is also shrouded in mystery with several unanswered questions.

In her book, Williams mentions that encrypted communication of UN staff was regularly intercepted by the CIA using Swiss-based company Crypto AG’s machine. Further, intelligence agencies of Britain, Israel, Sweden, and Switzerland passed intelligence gathered by them to the CIA and were in the know of the operation termed as “the intelligence coup of the century” by the CIA.

The plane in which Dag was traveling with two CX-52 Crypto AG machines crashed near the Congo border in Northern Rhodesia (Zambia) on the night of 17-18 September 1961 killing the UNSG.

“Communications sent from the CX-52 cryptographic machine used by Hammarskjöld appear to have been intercepted by British and United States signals and intelligence agencies as a result of a secret interception and decryption setting that those agencies held that enabled them to intercept surreptitiously”, Williams writes.

According to US intelligence officer Charles Southall, Hammarskjöld’s DC-6 plane was shot down by a Belgian mercenary pilot. Southall also believes that the CIA was responsible for shooting down the plane.

Interestingly, Ghana’s president Nkrumah, who was Lumumba’s supporter, was also suspicious of the West. An attempt to run a smear campaign against the Ghanian president and destabilize his government was made by the CIA and British intelligence agencies. Britain’s High Commissioner in the Ghanian capital has been quoted as saying “It is in the interest of Britain that Nkrumah should cease to rule Ghana”.

In 1966 a military coup known as “Operation Old Chop” was executed to overthrow Nkrumah. Many of the leading conspirators of this coup had been a part of General Alexander’s Ghana UN Contingent in Congo.

Britain’s intelligence agency MI6 also went on to covertly fund several African leaders such as Mboya, Nyerere, Banda, Kaunda, and Nkomo in a subtle attempt to possibly ensure their loyalty to Britain.