“Brahmin Bailout” : a case depicting how casual Hinduphobia is spread in US media 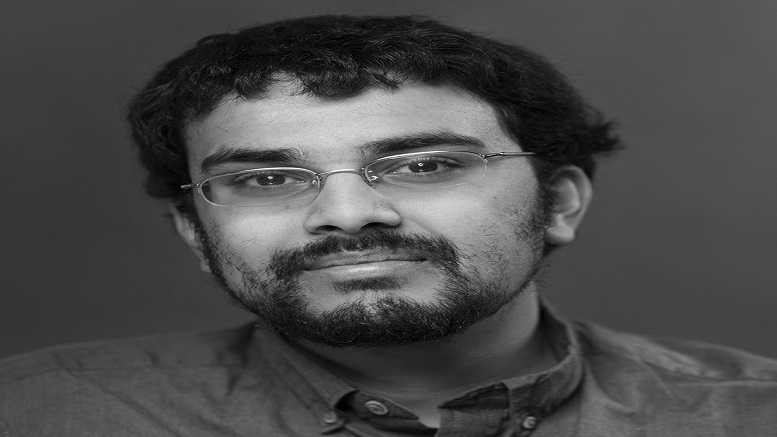 A recent article in the Wall Street Journal was titled “Canceling Student Debt Would Be a ‘Brahmin Bailout’“. Curiously, the content of the article had nothing to do with Bharat or Hindus.

The topic of the discussion was whether the student debt of US citizens should be waived by the incoming Democratic administration or not. This is an example of casual Hinduphobia that is so prevalent in US media and politics. Indeed, even Tulsi Gabbard has revealed how she faced Hinduphobia in US politics.

Unfortunately, Hinduphobia is very real. I've experienced it directly in each of my campaigns for Congress & in this presidential race. Here's just one example of what Hindus face every day in our country. Sadly, our political leaders & media not only tolerate it, but foment it. https://t.co/60MDtszQHf

The author of the piece is one Zaid Jilani, a Pakistani-American. He is an independent journalist and has been part of the Center for American Progress, a think tank of Democratic party establishment. The chief of CAP, Neera Tanden, has been nominated as the next director of the Office of Management and Budget by Joe Biden.

Jilani has in the past done a piece on Tulsi Gabbard, in which he mendaciously described her as an Islamophobe. In the same article, he described Modi as “then governor of Gujarat”. The piece repeats numerous lies like 2000 Muslims were killed in the riots with minuscule Hindu deaths, the lies of convicted criminal Sanjeev Bhatt and also the common lie that no one was punished for the riots. Of course, for journalists in US, like their counterparts in Bharat, ideology trumps facts.

In past, Mr. Jilani has also had to apologize publicly for certain tweets he made against Israel and Jews. Indeed, he had to leave his job at CAP for those tweets in 2012 when those became a big enough issue to warrant the attention of the then President Obama. Clearly, now Hindus are the target and an easy one at that.

Now, one might think that this is a one off incident. However, there is a pattern for such characterizations of Hindus in general and Brahmins in particular. Jilani himself admits in the article that he has taken the term from the “Brahmin left”, a phrase used by French economist Piketty to refer to the educated class of persons who are the beneficiary of knowledge economy. The term comes from “the Indian upper caste”by Jilani’s own admission.

However, the use of term in this context suggests as if all Brahmins are privileged elites, who have high education, income and still demand money from the government all the time. Of course, none of this is true and as Coalition of Hindus in North America puts it, it is an attempt in promoting hatred against a community by “falsely equating India’s social dynamics with US politics”. The CoHNA further says that “By using “Brahmin” pejoratively, you are painting an entire community (unrelated to this issue) as greedy, elitist and oppressive and furthering a colonial and racist narrative along with prejudice against Hindus”

@WSJ @PikettyLeMonde @ZaidJilani peddling Hinduphobia and anti-Hindu bigotry by using "Brahmin Left." We expect better journalism rather than promoting hatred against our community by falsely equating India's social dynamics with US politics. 1/nhttps://t.co/jh8ys4WieJ

There are other words that perfectly describe the demographic that Jilani wants to target in the article. One could use “middle class” or “bourgeois” and make much more sense of the issue. These are widely understood in the USA to denote the demography Jilani discusses in the article. However, ideology probably dictates otherwise.

What if the term “Ashraf Bailout” or “Jew Bailout” was used?

Let us see the issue from a different angle. What would have happened if Mr. Jilani had used the term “Ashraf Bailout”? Mr. Jilani probably is aware of the fact that he comes from a family which claims highest place in Muslim castes called as “Pir”. So it makes sense that he would use the system he is most familiar with. However, that would invite instant condemnation from bodies like CAIR, which he would no doubt like to avoid.

Similarly, if he uses the term “Jew Bailout”, he would at once be denounced and probably banned from ever writing another opinion piece in a reputed newspaper in USA. His innocent looking tweet about “Israel firsters” was enough to cost him his job at CAP and that must have taught him a lesson for a lifetime. Naturally, he would rather not mess with the Jews.

However, casually denigrating Hindus, specially Brahmins, is likely to earn him a few brownie points with the Islamists and leftists. Hindus are a soft target and do not have the political heft and hegemony in academics and media to mount a counter attack. Thus he would likely not invite any significant damage to his future prospects.

This is a lesson for Hindus too, in Bharat and in USA. The situation needs to change. If the Hindus want to be heard, they have to be united in opposing his piece, Mr. Jilani himself and the Wall Street Journal. This Abrahmic anti-Hindu bigotry needs to be called out by a wide range of Hindu bodies and institutions in Bharat. Today the target are Brahmins, next time, it would probably be “Gujju Ghanchis and Baniya“.