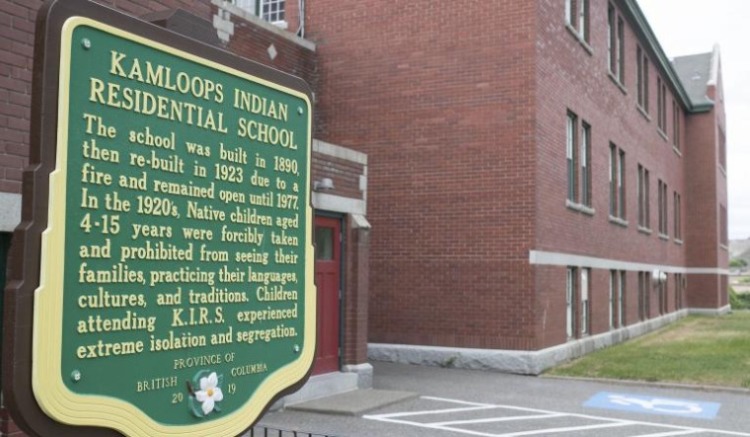 The discovery of a mass grave of 215 indigenous children in a school in Canada just this week brings up the issue of the brutal manner in which the Americas had been colonized. The bodies of the children were found in the Kamloops Indian Residential School in Kamloops, British Columbia, said to be one of Canada’s largest residential school systems. The bodies belong to children who were students of the school. Some of these children were as young as three years old.

One report mentions that: “The Kamloops school operated between 1890 and 1969, when the federal government took over operations from the Catholic Church and operated it as a day school until it closed in 1978.”

Representative of a native American association Tk’emlups te Secwépemc First Nation, Chief Roseanne Casimir, said that even more bodies are likely to be found as there are more areas to search on the school grounds where they continue to survey with a ground penetrating radar specialist.

Casimir said, “We had a knowing in our community that we were able to verify. To our knowledge, these missing children are undocumented deaths…At this time we have more questions than answers. We look
forward to providing updates as they become available.”

Part of the brutal colonization process involved ‘civilizing’ indigenous people by forcibly converting them to Christianity and making them give up their indigenous customs.

The report quoted earlier describes how the Kamloops Residential school system was a part of this very process: “From the 19th century until the 1970s, more than 150,000 First Nations children were required to attend state-funded Christian schools as part of a program to assimilate them into Canadian society. They were forced to convert to Christianity and not allowed to speak their native languages. Many were beaten and verbally abused, and up to 6,000 are said to have died.”

The children were separated forcibly from their parents and made to live in these residential schools. Here, they faced abuse and neglect. A Truth and Reconciliation Commission (TRC) noted that large numbers of Indigenous children who were sent to residential schools never returned to their home communities.

Some children ran away, and others died at the schools. The students who did not return have come to be known as the ‘Missing Children’. The Missing Children Project documents the deaths and the burial places of children who died while attending the schools. To date, more than 4,100 children who died while attending a residential school have been identified.

Canada’s residential school system, which forcibly separated indigenous children from their families, constituted “cultural genocide,” a six-year investigation by the TRC found in 2015. Diseases, such as tuberculosis, neglect, child abuse and malnourishment were some of the main causes of death. The investigation report documented horrific physical abuse, rape, malnutrition and other atrocities suffered by many of the 150,000 children who attended the schools.

Many students recall being beaten for speaking their native languages; they also lost touch with their parents and customs. Indigenous leaders have cited that legacy of abuse and isolation as the root cause of epidemic rates of alcoholism and drug addiction on reservations.

Once the news broke of the 215 bodies being discovered, Canadian PM Trudeau tweeted about the news ‘breaking his heart’ and how it is a painful reminder of a dark and shameful chapter of Canada’s history.

“This really resurfaces the issue of residential schools and the wounds from this legacy of genocide towards Indigenous people,” Terry Teegee, Assembly of First Nations regional chief for British Columbia, said Friday.

The Canadian government had officially offered an unconditional apology to the First Nations and the indigenous communities in 2008, and admitted that physical and sexual abuse in the schools was rampant. Canada also offered those who were taken from their families compensation for the years they attended the residential schools. The offer was part of a lawsuit settlement.

Australia also apologized for its ‘Stolen Generations’ — thousands of Aborigines forcibly taken from their families as children under assimilation policies that lasted from 1910 to 1970. In a recent incident when Mexico’s Prime Minister had asked Spain to apologize to the Mayan indigenous community, Spain had refused to apologize for its genocidal colonization of the Americas.

Sadly, this phenomenon of children from poor Hindu families, including those from tribal communities, being taken away from their families to live in Christian residential schools or children’s homes under some pretext or the other, is also seen in the secular Republic of Bharat. The horrific treatment of children in such institutions has come to light through cases like Moses Ministries children’s home in Tiruchirapalli (Trichy), TN, or Emmanuel Seva home in Noida/Meerut, UP, or Grace Home in Jaipur, Rajasthan.