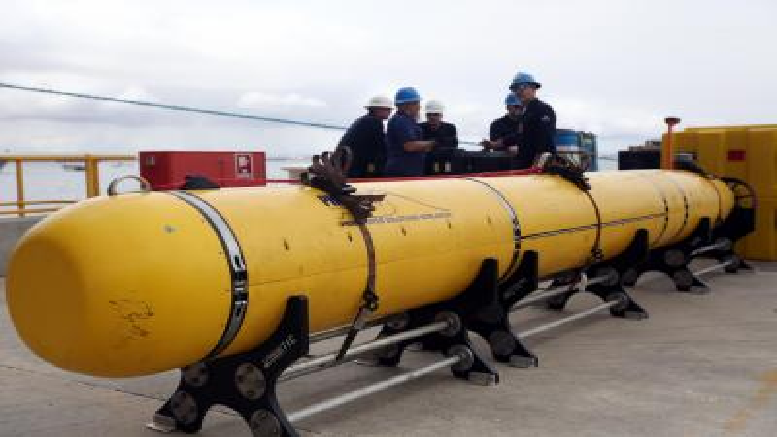 As 2020 dawns, Bharat and its friends in its neighbourhood have to be vigilant against the threat posed by Sea Wing underwater drones. These are Chinese underwater glide vehicles, used for snooping, under the cover of performing scientific research.

On December 20, an Indonesia fisherman, netted an object that appeared to have the trappings of a Chinese underwater drone, the website thedrive.com reported. The “catch” has raised suspicion that the Chinese are already tracking movement of ships between the South China Sea and the Indian Ocean.

This is alarming as these are key channels of international shipping in the Indo-Pacific-an ocean stretch that has so far been dominated by the United States. By raking up territorial claims in the South China Sea and fastening to toe holds in the Indian Ocean, in maritime nations such as Myanmar, Sri Lanka, Pakistan and Djibouti, the Chinese are already challenging the status quo in the Indo-Pacific.

In tandem the Chinese President has already declared Beijing’s aspiration to become the world’s largest economy by 2035, and an unrivalled geopolitical power by 2050, triggering tensions with Washington to a new high.

A netizen cited by the website points to strong similarities to the netted object to the Sea Wing UUV – a design developed and produced by the state-run Chinese Academy of Sciences’ (CAS) Shenyang Institute of Automation.

An ocean glider-type underwater drone, Sea Wing moves forward in the water, aided by its wings and tail, by repeatedly diving and then surfacing again. It performs these manoeuvres using an internal system, essentially a balloon that expands and contracts as pressurised oil moves in and out, which alters its buoyancy.

The fisherman reportedly nabbed the drone near the Selayar Islands – an archipelago that is part of Indonesia’s South Sulawesi province, in the central part of Indonesia. There is further evidence that the Chinese are beefing up underwater surveillance in the Indo-Pacific – an oceanic stretch on either side of the Malacca straits.

In January, a Sea Wing drone was found near the Masalembu Islands, some 400 miles west of the Selayar Islands. In March 2019, yet another one was discovered in the waters around the Riau Islands even further to the northwest. These three groups of islands are situated in bodies of water that form important parts of multiple maritime routes that stretch between the Indian Ocean and the South China Sea, the website said.

These glider-type underwater drones are also regularly used for conducting hydrographic surveys and otherwise helping with the creation of underwater maps.

As China’s People’s Liberation Army Navy (PLAN) works to project power further and further beyond the country’s coastlines, having up-to-date maritime maps and charts for various critical waterways will be ever more important for both day-to-day activities and any actual future combat operations.

In 2017, there was also a report that the Chinese government was testing how glider-type UUVs, possibly versions of the Sea Wing, could act as communications and data-relay nodes to help rapidly transmit information that might be useful for detecting and tracking foreign submarine movements in the South China Sea.

That same year, news had emerged of Chinese plans to establish a network of underwater sensors in that region, ostensibly for environmental research, which could also have potential anti-submarine warfare applications. Conscious of the growing Chinese threat in the post-Covid-19 era, Bharat, Japan and the US have already lifted their game to counter Beijing’s underwater activism.

The website resonantnews.com is reporting that the much-speculated US-Japan “fish-hook” SOSUS (sound surveillance sensors chain) has now touched Andaman-Nicobar Islands, creating a counter- wall against Chinese submarines loitering in the Andaman sea and deep south China sea. SOSUS is a sonar system which came into existence when US Navy was looking for a solution to counter submarine warfare.

In 1951, US experimented its first array of hydrophones to target a submarine, it was originally laid to deter Soviet submarines. But now a more sophisticated SOSUS, also called fish-hook (due to its shape and purpose) has replaced the older one, to track the PLAN (people’s liberation Army Navy, China) ships and submarines.

This comprises arrays of hydrophones and magnetic anomaly detectors on the seabed, which work in coordination with maritime reconnaissance aircrafts to enable a multi-tier ASW (anti-submarine warfare) system.

(This content is being carried under an arrangement with indianarrative.com)