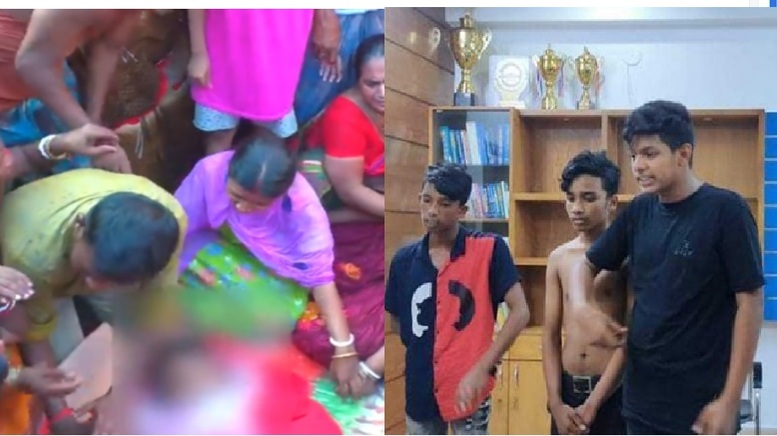 The atrocities on the Hindus of Bangladesh are on a constant rise. The latest victim of Bangladesh’s anti-minority bigotry is a Hindu minor named Dhruba Chandra, a resident of Fatullah in Narayanganj. The 15-year-old was a student of class 10. He was mercilessly hacked to death by his Muslim classmates.

Dhruba would regularly hang out with his Muslim classmates named Yasin, Pius, Ripon, and Antar, among others, at a local tea shop after school. On the day of the incident also, he was sitting and talking with these boys at the tea shop. By twilight, they got embroiled in some argument that escalated quickly. One of the Muslim friends took out a sharp knife and started to stab Dhurba repeatedly. When Dhurba lost consciousness, they left him on the spot and fled. The locals discovered him lying in a pool of blood and rushed him to a local hospital. But his condition kept deteriorating. He was shifted to Dhaka Medical College Hospital in critical condition for better treatment, where the doctors checked him and declared him dead.

Police have detained four people in the incident. One of them named Yasin narrated how one of their other classmates, Pius, had called Dhruba to that darker place after school and stabbed him ferociously while the others beat him.

OC of Fatullah Model Police Station, Rizal Haque Dipu informed that the locals had taken the victim to the hospital. The OC has assured that those involved in the incident will be brought under the law.

The bereaving family of the victim, including his father, Madhab Chandra, and his mother, is tormented by the sudden demise of their minor son. The mourning mother was beyond condolences. She cried, beating her chest, and asserted that there would be no justice for them or their loss.

Her assertions appear genuine as Bangladesh has become a nightmare for religious minorities. The killings of the Hindus have become a regular incident. These brutal murders are discussed for a few days, and then they fade out from everyone’s memory. These bereaving parents never find justice in the fanatically Islamist country.