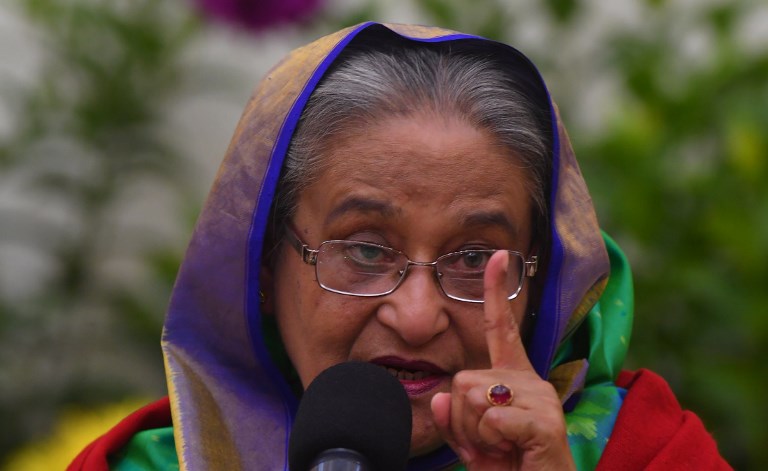 Bangladesh’s sudden decision to hike fuel prices by about 50 per cent at one stroke — the highest since independence — at a time when global crude prices are easing has come as a shock. On Monday, a Supreme Court lawyer in Bangladesh filed a writ with the High Court challenging the government’s move and seeking withdrawal of the price hike.

Though the government justified the move saying that the price adjustment was necessary as the government owned Bangladesh Petroleum Corporation (BPC), which imports, distributes and markets oil and petroleum products has run into huge losses, it has angered the citizens.

The Sheikh Hasina government, which is currently negotiating with the International Monetary Fund (IMF) for financial assistance, would find it difficult to explain the logic behind this decision to the citizens especially with price of global WTI crude — world’s most actively traded commodity dropping below $90 a barrel on Monday after breaching $120 a barrel level in June.

Not just the common citizens who have been hit by the decision, businesses, especially the smaller ones are worried as the whopping price hike will push up production costs denting their toplines as well as bottomlines. Many small businesses may even find survival challenging.

“We’re alarmed by the government’s decision to increase fuel prices by up to 51.7 percent, the highest such increase in the country’s history,” the Daily Star in an editorial price said.

Bangladesh’s headline inflation in July stood at 7.48 per cent. Though it is lower than 7.56 per cent recorded in June, the common people are struggling with the overall price hike.

“At a time when people are already undergoing tremendous hardship because of sky-high food prices and galloping inflation, this will make life much more difficult for them,” the newspaper said.

IMF’s stringent riders for lending have been in question. Several experts have criticised its one size fits all formula and warned that the IMF loan typically tends to dilute a country’s autonomy.

“Typically strategic autonomy does tend to get squeezed when a country borrows large amounts from multilateral agencies such as the World Bank and IMF,” Anil Trigunayat former ambassador and Distinguished Fellow at Vivekananda International Foundation told India Narrative earlier.

“Whatever you say, when the IMF or World Bank is suggesting reformation in the financial sector, they basically are advising to follow their guidelines, which are always against subsidies,” local news organisation Benar News quoted Bangladesh’s Planning Minister M.A. Mannan as saying.

In fact, in 2002, Nobel Prize winner Joseph Stiglitz said that the reforms prescribed by the IMF have turned counterproductive, bringing more pain to the local people.

In another article published by the Daily Star, Anu Muhammad, Professor, Jahangirnagar University, wrote that almost always the IMF rider includes an increase in the prices of gas, electricity, oil, water, and sometimes even education and healthcare, “regardless of how important the reasons are for the government to invest in these sectors, or how much of an impact price hikes might have on ordinary people”.