The essential promise of Bangladesh’s 1971 War of Independence was that it would end Pakistan’s war on minorities, whether religious like Hindus or ethnic like Bengalis. It pledged to bring about a better life for all in, as Bangladeshi leaders and their apologists still call it, “a land of communal harmony.” But that description is so far from the truth that it is almost inconceivable that anyone robotically repeating the mantra believes it.

Whether or not that promise of communal harmony was ever realized is questionable at best. There is no question that Bangladesh is just as bad for Hindus today as Pakistan was in 1971. Since Bangladesh became a nation, its Hindu population has been culled from about one fifth of the nation to about one in 15. It never mattered which party was in power or which dictator ran Bangladesh.

All were and are complicit in the ethnic cleansing of Hindus in their country; and that includes the current Prime Minister and daughter of the “father of the nation,” Sheikh Hasina, despite her posturing to the contrary. She has taken her country to the edge of autocracy, suppressing dissent both inside and outside her party. She has the ability to stop Bangladesh’s war on Hindus if she chooses to do so. So far, she has not.

As reported in Hindu Post, a key leader of the ruling Bangladesh Awami League (BAL) recently made a public speech, angrily calling the nation’s Hindus vermin and “inferior insects.” He also bemoaned their continued presence in the country, telling his followers that they “should be dealt with firmly.” Which begs the question: dealt firmly for what? For being Hindus? For not agreeing that they do not deserve the rights of citizenship? What in the world could this rabble rousing speaking and Awami League leader have meant other than a call to arms against his fellow Bangladeshi citizens?

Having fought to stop the ethnic cleansing of Hindus in Bangladesh, I’ve witnessed atrocities and the government’s complicity in them for over a decade and a half; yet, Shabab Ahmed’s racist rant was even more ominous. In the past, similar words have laid the groundwork for massive attacks. The German Nazis used them to de-humanize Jews in order to take away their rights and ultimately their lives. It’s the same imagery Rwandan Hutus used to do the same to Tutsis before their genocide.

This is not a mere historical curiosity but a warning not to keep our eyes shut. Bangladesh’s apologists can please spare me from your condescending and bigoted exhortations to “understand” the culture, and your rationalizations to tell me that Shabab did not mean it in the way I understand it. People said the same thing to those who raised the alarm about impending genocide on Jews and Tutsis. And it never would have been raised here were it not for Bangladesh’s decades-long unrelenting war on Hindus.

The timing is not coincidental either. Durga Puja is a major observance in the entire Hindu Dharma, but it is especially important for Bengali Hindus; perhaps their most important religious/community observation. But it is also a time of large scale anti-Hindu violence in Bangladesh; pogroms against the entire community, as well as attacks on individuals.

Last year’s communal violence was severe enough for an otherwise passive media to take note. But that is all they did; and with Durga Puja less than two months away, we have to ask if Bangladesh is preparing the ground for even worse pogroms this year. One clue that the answer could very well be yes is that fact that Shabab Ahmed is not some outlier in the Awami League. He is the head of the Awami League in the important Barisal district; and his sister, Dr. Shammi Ahmed is the Awami League’s International Affairs Secretary who was appointed by Sheikh Hasina herself.

It’s now been almost three weeks since Shabab Ahmed’s genocidal-aping remarks and thus far, nothing has been done. Sheikh Hasina remains silent, and his position in the Awami League is as strong as ever. The party’s lack of action should signal to everyone who still held onto the fallacy of the Awami League being good for minorities that it is quite the opposite; that is supports the ethnic cleansing of Hindus. What can you do?

The philosopher George Santayana famously wrote, “Those who cannot remember the past are condemned to repeat it.” We ignore the past at our peril and risk the lives of 12 million Bangladeshi Hindus. 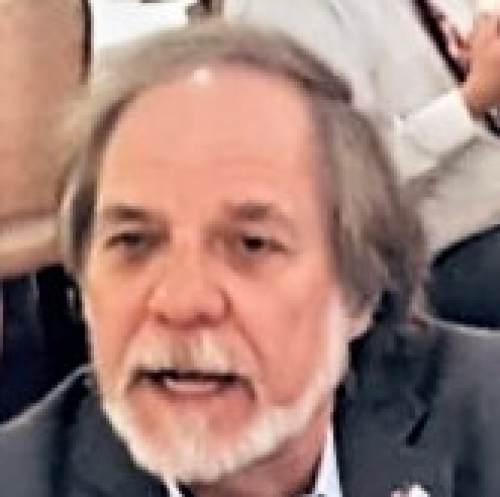