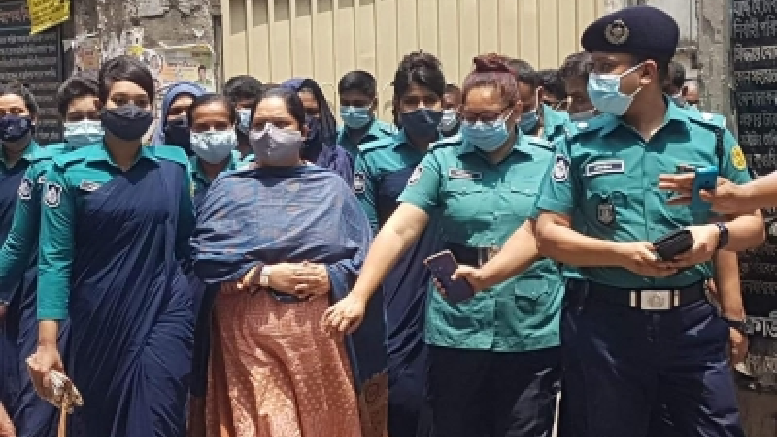 Rozina Islam, a Bangladeshi journalist who was arrested on accusations of trying to “steal” 22 government documents, was sent to prison on Tuesday.

Following the order, Dhaka Metropolitan Magistrate Mohammad Jashim set the next date of hearing on Thursday.

Islam, who was arrested on Monday, is also being accused of taking photos of the documents on her mobile phone.

The case against her was filed by Deputy Secretary of Health Services Shibbir Ahmed under the Official Secrets Act.

Arifur Rahman Inspector of Sardar Shahbagh Police had petitioned the court for a five-day remand to question the journalist while in police custody. But it was denied.

Before she was arrested, Islam was detained at the Secretariat office of Md Saiful Islam Bhuiyan, an aide to Health Services Secretary Lokman Hossain Miah, for five hours on Monday.

She was then taken to Shahbagh Police Station at around 8.30 pm.

Her lawyer, Ehsanul Haque Shomaji claimed that the journalist was mentally and physically abused at the Secretariat office.

Condemning Islam’s arrest, the Committee to Protect Journalists (CPJ) has called on Bangladeshi authorities to immediately release her, withdraw the investigation, and to stop further detentions under the Official Secrets Act.

“Bangladesh police and authorities should recognise that Rozina Islam is a journalist whose work is a public service and should immediately drop the case against her and allow her to go free.”