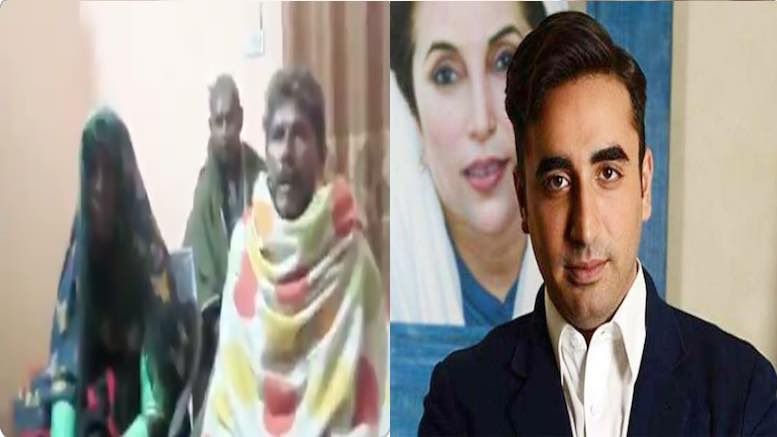 A minor Hindu girl was abducted from her home in Sindh on Friday night by armed men, one of whom is believed to be an employee of Member of the National Assembly (MNA) of Pakistan.

As per 15-year-old Momal Kohli’s father Chander Kohli, “armed men entered our home, beat us & took my daughter with them. Muhammad Majeed who is working for MNA Nawab Yousaf Talpur was leading.”

Such abductions of Hindu and other minority religion girls for sexual slavery or forced conversion and marriage is common in Pakistan, where 1000 such girls are believed to be targeted every year in Sindh province alone as per conservative estimates by human rights organisations.

This particular incident occurred in Kunri, Umerkot district of Sindh province. Nawab Muhammad Yousuf Talpur is a 4-term MNA of the Pakistan People’s Party (PPP), and won the Umerkot constituency seat in the 2018 Pakistan general election. PPP, which claims to be a centre-left and ‘secular’ party, is currently in power in Sindh province which is considered its traditional strong-hold.

It is pertinent to note that Pakistan has still not been able to pass a law banning conversion of minors, with both attempts at introducing such a law in the Sindh assembly failing due to complicity of mainstream parties like PTI, PPP, PML (N) with the Islamist cabal.

Hindus constitute around 2-4% of the total 21 crore population of Pakistan, and are mostly concentrated in Sindh, with a sizeable presence in Balochistan too. However, despite an ostensibly ‘secular’ party dominating Sindh politics, the persecution of Hindus and other minorities in Sindh is unlike anything seen in other democracies. In its basic form and the religious bigotry driving it, this persecution is no different than what Yazidis faced from ISIS or Jews faced from Nazis.

According to the Human Rights Commission of Pakistan (HRCP), a very sophisticated and organised campaign is behind forced conversions of Hindu girls by Islamic religious leaders.

It’s not just the politicians, other Constitutional institutions like law enforcement and judiciary in Pakistan too are deeply prejudiced against Hindus and non-Muslims. This can be seen in recent judgements where minor sisters Reena and Raveena Lal abducted and forcibly married by already-married Pakistani men were sent back to live with their ‘husbands’ after High Court rejected the age proofs shared by the girls’ parents. In another case, a court ruled that a 14-year-old Christian girl Huma Younus’ marriage to a Muslim man was valid as the girl had reached puberty and started menstruating.

The Chief Justice of Pakistan Mian Saqib Nisar in 2017 said, “Sir Syed Ahmad Khan was probably the first thinker who conceived the Two Nations Theory, that there were two nations; one was Muslims and the other — well, I don’t even want to utter the word”.

When the Chief Justice can’t even bring himself to utter the word ‘Hindu’, can Hindus and other minorities really expect any justice from the Pakistani state?