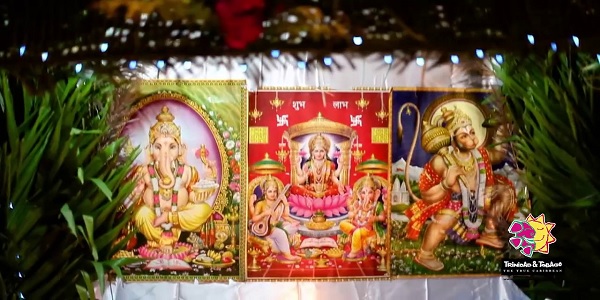 Port-of-Spain: The 33rd annual Divali Nagar is now on stage in Trinidad, and it is billed second to the country pre-Lenten festival, Carnival, according to Surujdeo Mangaroo, the dynamic public relations officer of National Council of Indian Culture.

Divali Nagar opens on Friday October 19 and ends on Saturday October 27.  But amidst of all the fanfare, the NCIC has again pleaded to the Government, as it is estimated to cost over $5 million $TT, just below one million US. And stringent appeals to the Government  for financial assistance, there has been no response from the government so far. “The staging of Divali Nagar is costly, and while the NCIC generates revenue through sponsorship and the renting of booths, this is not enough to sustain this event.

“At this time we are hopeful that we can attract major sponsors to carry this event, and while booths have been sold out, we still anticipate that the council will incur a loss after the event,” Mangaroo said.

This year’s theme is Hindu Grantha – Exploring Ancient Hindu Texts. The Nagar attracts more than 150,000 people, some of whom come from overseas to enjoy Divali, according to Deokienanan Sharma, president of the NCIC. It is also shown on the Asian television network ZEE TV to 23 countries.

Mangaroo pointed out that the event showcases the heart of East Indian culture, and gives the opportunity to hundreds of artistes, national and international, who prepare religious items in time for Divali. NCIC continues to open the doors of Nagar free to the public, he said, with scores of religious, cultural and civic-minded. and health booths from which the general public  can benefit.

The NCIC executive is hoping the government increases the subvention for the Nagar this year. “The show will go on, as we intend to keep producing at a high level,” he said.

Mayor of Chaguanas, Gopaul Boodan, in whose township the show is held annually, said that the annual Divali Nagar brings, “a new ethos, a new initiative and a new familial relationship to the people of this country as tourists come from the Caribbean countries, Canada, USA, England as well.

“Divali Nagar continues to showcase Bharatiya culture, Hindu thought and Hindu philosophy in several ways are in themselves learning models for all those who visit the nine-day show,” Boodan noted.

“To me, Divali Nagar is well-organised and an excellent reflection of the Bharatiya diaspora which was sourced from Bharat between 1845 and 1917, principally Uttar Pradesh and Bihar. More than 148,000 East Indians were brought here by the colonial British Government to rescue the ailing agricultural industry, notably cocoa and sugar cane,” Boodan said.

People of all ethnic groupings in Trinidad and Tobago view it as an annual pilgrimage, he said. It is the premier cultural mass gathering of the Bharatiya diaspora.

This year six countries will be represented in Miss Divali Nagar International. Among the delegates who will be in TT for the contest are Anjali Gosine (USA), Kristiana McCarthy (Canada), Priya Shivprasad (Suriname), Arelee Parham (Belize), Hemwantie Seodat (Guyana) and Brehana Francis (Jamaica). They will be competing with Miss TT Martina Mahase. On October 25, these delegates will take to the main stage at Nagar to compete in the sari and speech competitions.

TN villages gear up for Jallikattu

As mercury dips, enthusiasm rises for Magh Mela in Prayagraj