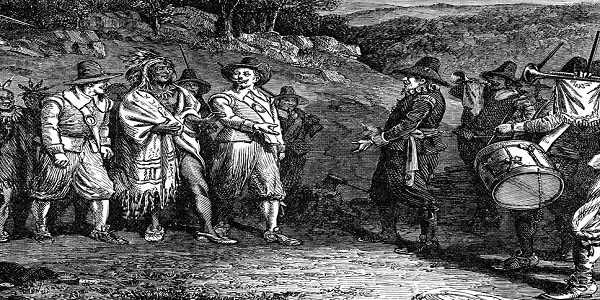 The arrival of Europeans in the Americas left a trail of death in their wake that also triggered a period of climate change, according to a new theory proposed by British scientists, reports Independent.

A University College London team estimates that 55 million indigenous people died following the conquest of the Americas that began at the end of the 15th century. The majority of these deaths resulted from diseases brought to the new shores by the settlers, which are thought to have wiped out up to 90 per cent of the native population.

In the years that followed, war, slavery and societal collapse exacerbated these problems, leaving much of the landmass devoid of people. Apart from the enormous scale of tragedy, this led to 56 million hectares of land previously set aside for farming being abandoned. As the land was rapidly reclaimed by trees and vegetation, the plants life sucked such an enormous amount of CO2 from the atmosphere that the Earth cooled.

“There is a marked cooling around that time (1500s-1600s) which is called the Little Ice Age, and what’s interesting is that we can see natural processes giving a little bit of cooling,” co-author Professor Mark Maslin told the BBC. “But actually to get the full cooling – double the natural processes – you have to have this genocide-generated drop in CO2.”

The “Little Ice Age” was a period in European history noted for plummeting temperatures, when rivers across the continent, including the Thames, regularly froze over.

According to Professor Maslin and his colleagues, support for a link between this period and the “great dying” of indigenous American peoples comes from Antarctica. Ice core records from the polar region contain air bubbles that reveal a drop in concentration of atmospheric CO2 around this time.

Besides the sudden drop in human population, the scientists said the changes in climate also coincided with fluctuations in charcoal and pollen deposits collected from the Americas.

Professor Ed Hawkins, a climate scientist at Reading University who was not involved in the work, said it was evidence that “human activities affected the climate well before the industrial revolution began”. Humans began pushing global temperatures in the opposite direction when they started burning fossil fuels and pumping large quantities of CO2 into the atmosphere.

If any lesson can be taken from their study for today’s efforts to tackle climate change, the researchers say it was the scale of changes needed to make a difference. They said the decline of America’s indigenous population meant an area roughly the size of France was reforested, sucking out CO2 roughly equivalent to just two years of fossil fuel emissions.

The findings were published in the journal Quaternary Science Reviews.