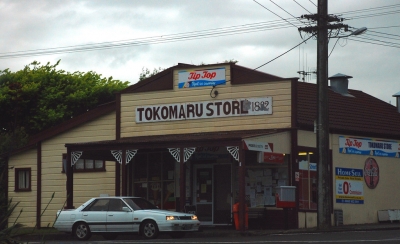 Close on the heels of dairy worker Jayesh Patel’s fatal stabbing in Auckland last week, a Bharatiya-origin store owner was targeted in New Zealand, and his staff was attacked by four young men.

In a terrifying armed robbery, Sidhu Naresh, a vape store owner in Hamilton, said a staff worker was made to kneel on the ground “and a knife put to his neck”, the NZ Herald reported on Monday.

Naresh said his store was targeted last week in an armed attack by four young men, and this is not the first time that it had been zeroed-in by robbers. “My staff was made to kneel and a knife was put to his neck,” the paper quoted Naresh as saying in Newstalk ZB. “They came and smashed everything, every single one of the cabinets, and they walked away with the till.”

The paper reported Naresh as saying that a courier who tried to stop the offenders was injured during the raid, and at least NZ$4,000 in cash was stolen. He was told by his staff that the robbers were “not more than 16 years old”.

The attack came even as New Zealand announced new measures to counter retail crime, post Patel’s death. Prime Minister Jacinda Ardern announced on Monday that shop owners can get a NZ$4,000 subsidy to install fog cannons in their shops to stop burglaries.

“Every time something like this happens the government comes in and starts giving you this funding and that funding,” Naresh told Newstalk ZB. Nationwide protests were held across New Zealand on Monday with store owners and workers questioning their safety after Patel’s death. Most of the dairy owners and workers said they fear going to work after Patel’s brutal killing.

The 34 year-old was stabbed multiple times when he confronted a robber who stole a cash register from the store at Rose Cottage Superette in Sandringham, Auckland, where he worked, IANS reported earlier. He succumbed to his injuries in the hospital, leading police to launch a 48-hour manhunt resulting in the arrest of two men who were charged with murder and aggravated robbery.

A third arrest was made on Sunday, in which a 36-year-old man charged with robbery, was granted interim name suppression and was remanded in custody. His bail hearing has been set for December 5 in the Auckland District Court.