After Canada and continental Europe, Pakistan planning to eliminate dissidents in UK? 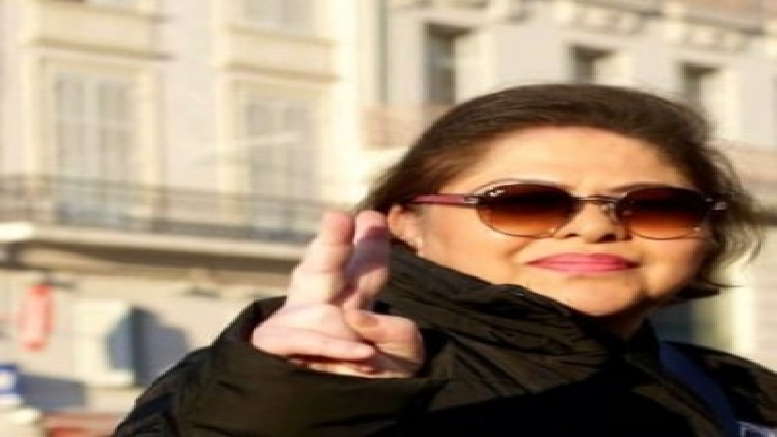 Pakistani exiles living in London who have criticised the country’s powerful military have been warned that their lives are in danger, raising fresh concern over authoritarian regimes targeting foreign dissidents in the UK, the Guardian reported.

British security sources are understood to be concerned that Pakistan, a strong UK ally – particularly on intelligence issues – might be prepared to target individuals on British soil.

The Observer reported that further warnings have been given by other intelligence services across Europe to Pakistani dissidents, including rights activists from the Pakistani province of Balochistan, journalists, and members of the Pashtun Tahafuz Movement, a group representing ethnic Pashtuns.

Last month, a man from east London was charged with conspiring with others unknown to murder exiled Pakistani blogger and political activist, Ahmad Waqass Goraya, in the Netherlands.

Muhammad Gohir Khan, 31, from Forest Gate, east London, appeared at the Old Bailey after being arrested at St Pancras station in London having come from the Netherlands.

Mark Lyall Grant, former UK high commissioner to Pakistan and once the UK’s top diplomat to the UN, said that if figures from the Pakistani military had threatened exiles in the UK, then this would be taken very seriously by the British government, the report said.

“If there is illegal pressure, in particular on journalists in the UK, then I would expect the law enforcement agencies and the British government to take notice of that and to make an appropriate legal and/or diplomatic response.”

Lyall Grant, also the UK’s former National Security Adviser, added that any evidence that officers from Pakistan’s Inter-Services Intelligence (ISI), the security arm of the military, were intimidating people in the UK would not be ignored. “If British nationals or residents in the UK acting lawfully are being harassed or threatened by the ISI, or anyone else, then the British government would certainly take an interest.”

He said the development reflected a broader trend in authoritarian states such as Rwanda, Tanzania and the Philippines among others, becoming sufficiently emboldened to start silencing critics.

The concern now is that Pakistan appears to be moving from suppressing criticism within its borders to targeting critics based overseas.

The report said Ayesha Siddiqa, a Pakistani political scientist and commentator based in London, said she had received a “threat to life” notice – known as an Osman warning – from the Metropolitan police. “The Met’s counter-terrorism command said that there was credible information of a threat to my life. It’s a life and death matter,” she said.

Officers have even asked her husband if anybody had offered him money to ask his wife to return to Pakistan. “It’s as serious as that,” added Siddiqa.

Gul Bukhari, a British-Pakistani YouTuber and columnist who has openly criticised the military, fled to the UK after being abducted by security forces in Lahore in 2018. “I feel threatened in London,” she said.

Bukhari, who used a safety alarm bracelet last year, has been advised by the Met not to share her home address with anyone.

Siddiqa is among others who have been given safety guidance from UK police.

Fears among Pakistan’s exile community have been running high since the mysterious deaths of two Pakistani dissidents last year. Journalist Sajid Hussain, known for covering human rights violations in Balochistan, disappeared in March 2020 in Uppsala, Sweden, before being found dead in a river two months later.

The report said Hussain’s friend Karima Baloch, who campaigned for an independent Balochistan, was found dead in a lake in Toronto, Canada, seven months later. Although Swedish and Canadian authorities dismissed foul play, other campaigners are unconvinced.

Baloch’s husband, Hammal Haider, a British resident, says he doesn’t feel safe in Europe. “Anyone critical of the Pakistan army is a potential target,” he said. “The authorities in Europe must take these threats seriously.”

Compounding the situation is the suggestion, according to Siddiqa, that the UK’s Pakistani community is “very infiltrated” by those loyal to the military.

Last year, a leaked Pakistani government memo accused a number of Pakistani journalists based in Europe and the US of producing “anti-state content” for foreign media under pseudonyms. It named a journalist from a minority community living in exile in western Europe. Talking to the Observer on condition of anonymity, the journalist said he was also the subject of a warning notice from the intelligence branch of Pakistan’s army. He said authorities in his adopted country had confirmed a threat to his life.

“For the past six to eight months, I haven’t done any proper journalism because I have been threatened to a serious level that I had to step back,” the exiled journalist said.

Exiled in Paris, prominent Pakistani journalist Taha Siddiqui, , who escaped abduction in Islamabad in 2018, said his family and partner’s family had been repeatedly harassed in Pakistan.

“They have had multiple visits by people identifying as being from the ISI,” he said. “They told my father that I should not think I am safe just because I live in France.” His wife, photojournalist Sara Farid, added: “It feels there is no place or country safe for dissidents. Whenever I cannot reach Taha on his phone, the first thought is like it used to be in Pakistan – they got him.”

In neighbouring Germany, Abdullah Abbas, information secretary of the Human Rights Council of Balochistan, said the deaths of Baloch and Hussain had prompted him to keep his head down. “It has revived my old fears of being disappeared or killed, even in Europe.” He said he is frightened to walk alone in Berlin.

Also in Germany, Aurang Zeb Khan Zalmay, the exiled editor of the Pashtun Times, an online portal highlighting human rights abuses in Pakistan’s north-western tribal areas, said he was under surveillance by intelligence officials. “Many of my friends are even unwilling to take a selfie with me and post it online out of fear of being watched or interrogated upon their return to Pakistan,” he said.