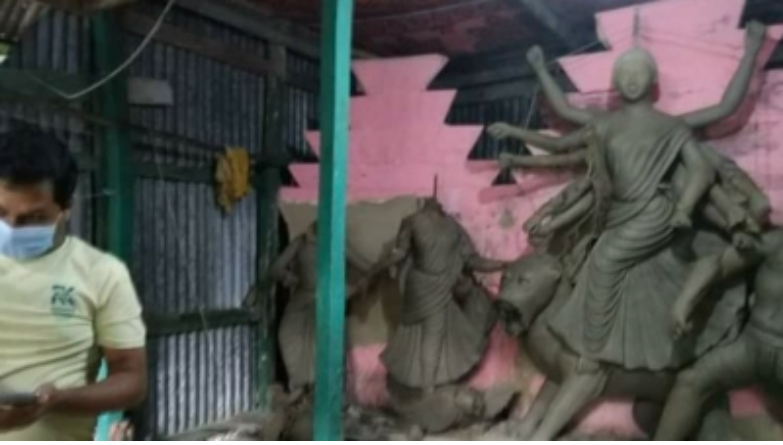 At least nine murtis of Maa Durga & Maa Saraswati have been vandalised at a village temple in Patuakhali district of Bangladesh in the middle of the night on Sunday.

As per news agency IANS, police said miscreants attacked and vandalised the Sarbojonin Puja Mandap of Mominpur at Harlal Haldar’s house in Keshabpur Union of Bauphal upazila in the district.

Noni Gopal Das, president of the Puja Mandap committee, said locals saw the murtis damaged inside the temple in the morning.

“We have asked the Puja Mandap committee to file a written complaint in this connection. If they file a complaint, legal action will be taken against the culprits and also we can ensure security of the puja mandap,” Rahman said.

Desecration of murtis and Hindu temples is a routine occurrence in Muslim majority Bangladesh and indeed in many parts of Bharat. Fundamental tenets of all Abrahamic religions (Judaism, Christianity, Islam) brand ‘idol worship’ as an unforgivable sin, which is the root cause behind this religious persecution & hate directed against Hindus.