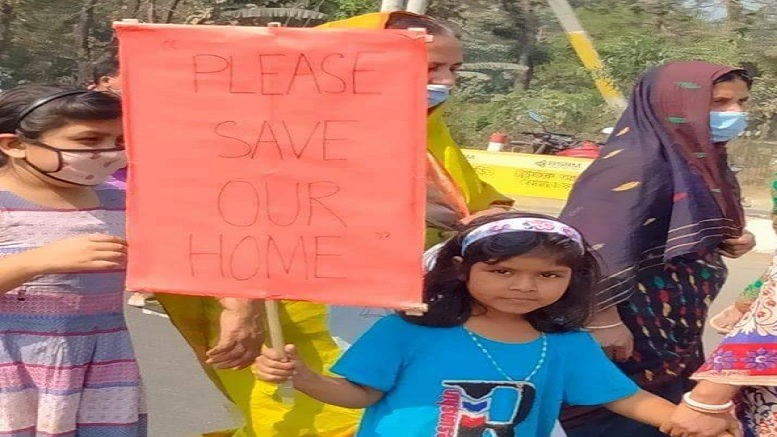 In the name of ‘development’, attempts are being made to evict more than 150 minority Hindu families from Patiya upazila of Chittagong, Bangladesh and build a new bypass road. Though the construction of the new bypass is completely unnecessary, according to the local Hindus.

As per a report in hinduvoice.in, earlier a two-lane bypass was completed from Patiya’s Indrapul in Chittagong to Girish Chowdhury Bazar in Kachua, but now a new bypass has been started at a distance of 50 feet on the east side (Girish Chowdhury) of the bypass.

If the second bypass is constructed, 7 mahasamsans (crematorium), 9 temples, 20 family mahasamsans and more than 150 Hindu houses will have to be demolished.

More than 100 families have lost their land during the first bypass road construction. Most of them were minority Hindu families. Although the first bypass was built to reduce traffic congestion and accidents, but the number of accidents has actually increased. In the interest of improving the overall transportation system, the people of the area have lost their homes and accepted their irreparable loss.

If another bypass road is built over Kachua village just 50 feet away again, almost two hundred families will be left destitute after losing their 100-year-old ancestral homes. At the same time, many temples and crematoriums will be destroyed.

On 22nd February a protest rally was organized by the local Hindu community. Thousands of Hindu men, women and children took to the streets to defend their ancestral homestead, land and crematorium.

While Bangladeshi Hindus routinely face land grab attempts from Islamist individuals and groups who operate with impunity due to their religious and political clout, such instances of institutionalized discrimination by the Bangladeshi state are also quite common. In December, minority rights groups had protested a city mayor’s attempts and threats to seize Hindu Debottar (temple endowment) property. Even the indigenous Mro community is protesting their forced eviction from ancestral villages in the Chittagong Hill Tract area due to the construction of a five-star hotel by an Army trust.