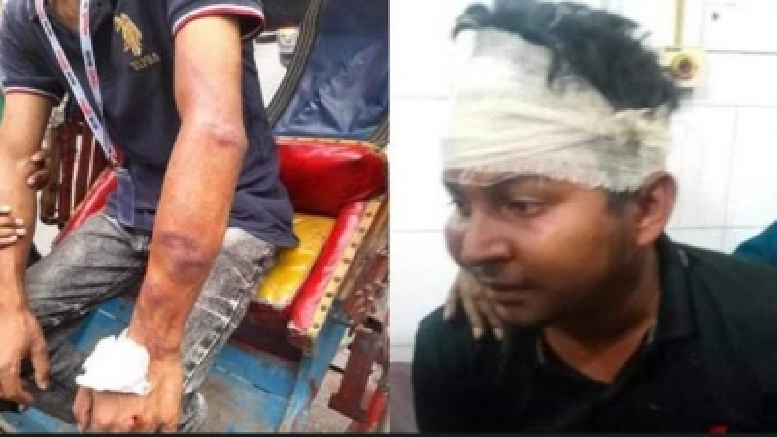 At least 14 people have been injured during a demonstration here in Dhaka University campus against the upcoming scheduled visit of Bharatiya Prime Minister Narendra Modi.

Modi is expected to arrive on Friday to attend the joint celebrations of the Golden Jubilee of Bangladesh’s independence and birth centenary of Father of the Nation, Bangabandhu Sheikh Mujibur Rahman.

Activists of Left student organisations, who were demonstrating on Thursday against Modi’s visit, allegedly came under attack from the BCL at Dhaka University campus.

Earlier in the day, Jubo Odhikar Parishad activists clashed with police in the city’s Motijheel area while protesting against the Bharatiya prime minister’s visit.

Left student organisations under the banner of ‘Progressive Student Alliance’ were demonstrating at the VC Chattar area of the campus protesting against Modi’s visit.

The Left organisations alleged the ruling party student wing Bangladesh Chhatra League (BCL) activists carried out the attack on the demonstrators around 8 p.m. on Thursday evening.

All the 14 injured are undergoing treatment at Dhaka Medical College Hospital.

The clashes ensued when the law enforcers obstructed the demonstrators.