Who are Tehrik-e-Taliban Pakistan and why are they giving Islamabad a big headache? 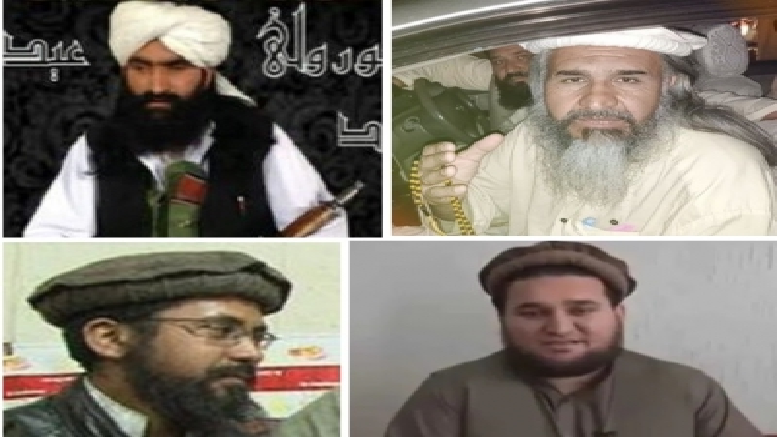 The Tehrik-e-Taliban Pakistan (TTP), freed from prison in large numbers after the Taliban stormed into Kabul on Sunday, is giving Islamabad a big headache. The dangerous terror group is committed to a Greater Afghanistan, which includes Pushtun dominated areas, in Pakistans north-west across the Durand line.

The group has been in the cross-hairs of the Pakistani military which has launched a massive operation against it, further embittering the relations between the two. We profile some of the TTP’s key players and the role can they can be expected to play?

The TTP leader has his religious grounding in Pakistan as he studied there in a number of religious seminaries. In Pakistan, he is considered to be a scholar who has authored a book that provides details of how former Pakistan Prime Minister Benazir Bhutto was killed by his organisation.

Mehsud the ideologue, took over the reins of the TTP after its former chief Mullah Fazlullah was killed by the Americans in a 2018 drone strike. Mehsud has maintained close ties with Al-Qaeda and has focused on attacking Pakistani military targets. Recent reports say that under Mehsud, TTP is also making China one of its targets due to its infrastructure investments through the China Pakistan Economic Corridor (CPEC). This leads to a tantalising question. Are the Baloch insurgents and the TTP also working to “liberate” Balochistan and derail the CPEC?

A former TTP deputy leader and a senior commander, he was released by the Taliban, after it swept to power, from an Afghan prison. He had been arrested in 2013 in Afghanistan along with other fighters and was transferred to the US-managed Bagram prison. He is known to be close to Al-Qaeda and other Arab militants.

Also known as Liaqat Ali, Ehsanullah Ehsan made headlines when he escaped from the custody of the Pakistani military in 2020. He got away when he pretended to help the Pakistani army locate terrorists during a counter-terror operation. The Pakistan government has said that it is trying to apprehend him but he seems to be no longer in Pakistan.

As spokesperson Ehsan was the TTP face, known for holding press briefings near the Pak-Afghan border. As the spokesperson, he was the one who had announced the attack on activist Malala Yousafzai for her advocacy of education for girls. Active on Twitter, he once again threatened Yousafzai in response to her query to the Pakistani government and military if his escape had been facilitated.

Also known as Khalid Balti, he hails from Gilgit Baltistan and is the current spokesperson for the group. He got his education from Karachi’s madrassas and later taught as a madrassa teacher. He is known to have wide contacts in madrassas in Pakistan and carries considerable influence there. It was due to his media experience that he was made the TTP’s chief communicator.