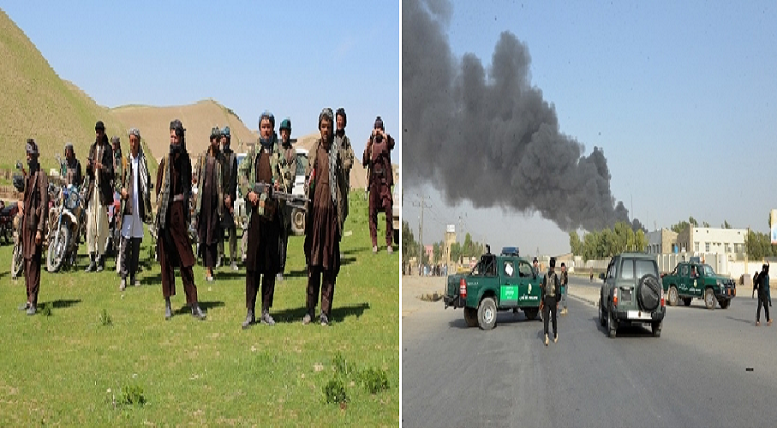 A United Nations Security Council report released earlier this week has once again established that a significant part of the leadership of Al Qaeda resides in the Afghanistan and Pakistan border region and that the terrorist organization, founded in 1988 by Osama bin Laden, and like-minded militants continue to celebrate developments in Afghanistan as a victory for the Taliban’s cause and thus for global radicalism.

The 12th report of the Analytical Support and Sanctions Monitoring Team concerning the Taliban and other associated individuals and entities constituting a threat to the peace stability and security of Afghanistan reveals that the security situation in Afghanistan remains as tense and challenging as at any time in recent history, with uncertainty surrounding the peace process and the Taliban proving resilient in the face of pressure from Afghan security forces.

from Afghanistan by September 2021.

What remains worrisome is that the Taliban’s messaging remains uncompromising, and it shows no sign of reducing the level of violence in Afghanistan to facilitate peace negotiations with the government of Afghanistan and other Afghan stakeholders.

“The Taliban’s intent appears to be to continue to strengthen its military position as leverage. It believes that it can achieve almost all of its objectives by negotiation or, if necessary, by force. It is reported to be responsible for the great majority of targeted assassinations that have become a feature of the violence in Afghanistan and that appear to be undertaken with the objective of weakening the capacity of the government and intimidating civil society,” the report said.

According to Member States, the Taliban now contest or control an estimated 50 to 70 per cent of Afghan territory outside of urban centres, while also exerting direct control over 57 per cent of district administrative centres. They (the Member States) have also reported that a significant part of Al Qaeda leadership remains based in the border region of Afghanistan and Pakistan, where the core is joined by and works closely with Al Qaeda in the Indian Subcontinent.

“Al Qaeda in the Indian Subcontinent operates under the Taliban umbrella from Kandahar, Helmand (notably Baramcha) and Nimruz Provinces. The group reportedly consists of primarily Afghan and Pakistani nationals, but also individuals from Bangladesh, India and Myanmar. Its current leader is Osama Mahmood (not listed), who succeeded the late Asim Umar (not listed). The group is reported to be such an “organic” or essential part of the insurgency that it would be difficult, if not impossible, to separate it from its Taliban allies,” the report says.

The UN team warns that it will be important for the international community to monitor any sign of Afghanistan again becoming a destination for extremists with both regional and international agendas.

Though, due to the Covid-19 pandemic, the UN Monitoring Team was unable to visit Afghanistan during the period under review (May 2020 to April 2021), but it held numerous video teleconferences with senior Afghan officials in Kabul. They also interacted regularly with the Permanent Mission of Afghanistan to the United Nations in New York and received information from a wide range of other Member States on issues relevant to the Security Council Committee.