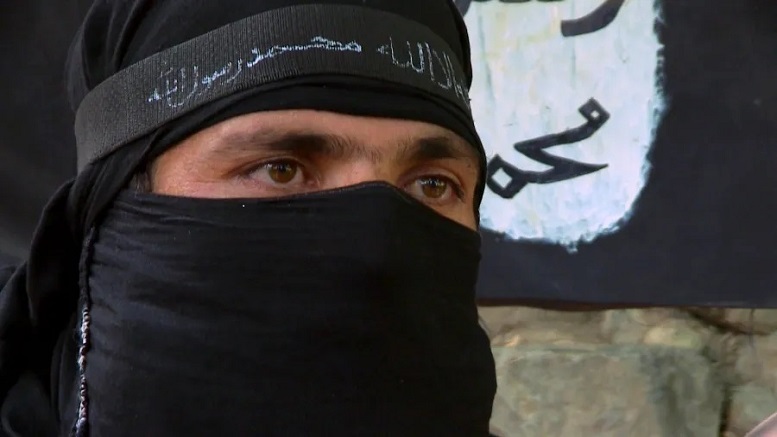 After the 9/11 attack, western nations began to seek answers to what propels global jihad. Not surprisingly, they traced its origins to Saudi Arabia.

A 2008 report by the U.S. state Department states:

…public and private Saudi efforts have financed religious education and proselytization programs in dozens of Muslim-majority and Muslim-minority countries. In places such as Afghanistan, Pakistan, the Philippines, Chechnya, Bosnia, Indonesia, Nigeria, Kashmir, Kosovo, and the West Bank and Gaza, some of these activities appear to have provided financial or material support to individuals or groups actively involved in terrorism, armed violence, or the propagation of divisive religious ideologies.

Similarly a 2013 document commissioned by the European Parliament has highlighted its findings and found that Saudi sources have a major role in global jihad. The country’s role is three-fold: 1) it established madrasas to spread the jihadi ideology. 2) the madrasas are used to recruit jihadi fighters who are then commissioned to fight the ‘holy war’ in different geographical locations. 3) most importantly, the funding to terrorist groups and provision arms also comes from Saudi sources.

The foray of Saudi Arabia-based sources into sponsorship of global jihad began in 1979 after Soviet Union’s invasion/occupation of Afghanistan. The document reveals Saudi sources finance jihadi activities in Afghanistan/Pakistan, Indonesia (Jemah Islamiyah), Philippines (Moro Islamic Liberation Front), Syria, Morocco, Tunisia, Libya, Egypt, and Sahel. In each of these locations, the attempt was to replace milder, less stringent strains of Islam with the puritanical Sunni Salafi version.

The Saudi role in worldwide jihad is also articulated in a recent article:

In the run-up to Indonesia’s elections in 2019, local media reported about the troubling expansion of Saudi-backed radicalism which was degrading the country’s pluralism.

After the Easter attacks in Sri Lanka, there was a lot of discussion on how radicalism has created a breeding ground for extremism in Sri Lanka. Riyadh-sponsored terror has also struck the Philippines, Chechnya, Nigeria, Kosovo and the West Bank.

Saudi Arabia practises the Salafi/Wahabi fundamentalist brand of Islam and this has ensured that fundamentalism shapes its domestic and foreign policies. It is involved in spreading the underlying ideology that encourages jihad.

The European Parliament document asserts that the establishment of madrasas was a response to the Soviet occupation. The Soviet occupation became the occasion to affirm Salafi/Wahabi Islam as the true belief in contrast to the communist atheistic ideology and also to oppose the “deviating” variants such as Shia Islam and Sufi Islam (although the Bharatiya experience shows that the Sufi brand of Islam is equally stringent against ‘infidels’). In the 1980s, Saudi intelligence used the Islamic International Relief Organisation (IIRO) and Muslim World League (MWL) to transfer money to the mujahedeen and the IIRO also directly funded six training camps in Afghanistan. Bin Laden relied on a network of Saudi and Gulf-based sponsors called the Golden Chain, which funded him to rebuild Al Qaeda assets in Afghanistan:

…several Saudi-sponsored madrasas in Pakistan’s Balochistan and North-West Frontier Province (now known as Khyber Pakhtunkhwa) were operating as recruit centers for the jihad against the communist occupiers (Firdous, 2009). In one of these madrasas were indoctrinated some of the most prominent Taliban leaders including Mullah Omar and Jalaluddin Haqqani, the founder of the Haqqani network. In fact, both of them studied at the Haqqania madrasa (Darul Uloom Haqqania), also known as the “University of Jihad”, in Khyber Pakhtunkhwa province.

The document mentions a 2008 leaked report of the US State Department on Wikileaks that showed communication by the then Principal Officer of the US Consulate in Lahore which speaks of the establishment of radical madrasas in Multan, Bawalpur, and Dera Gazi Khan villages of Pakistan “from where children were indoctrinated to jihad before being sent to training camps in the FATA areas (Federally Administered Tribal Areas). Arab-sponsored “charity organisations”  like Jamaat-ud-Dawa (JuD), the Al-Khidmat Foundation (AKF) and Jaish-e-Mohammad (JeM) were the link between Deobandi/Ahl al-Hadith religious leaders and local communities.”

Vali Nasr, an authority on Islamic fundamentalism said in a PBS interview:

The European Parliament document states that funds were channelled through influential Islamic charitable organizations like the IIRO (now renamed International Organization for Relief, Welfare and Development), MWL, the Al Haramain Foundation (later closed down by Saudi authorities after US intervention), the Medical Emergency Relief Charity (MERC), and the World Assembly of Muslim Youth (WAMY). Such organizations were meant for relief activities and building medical, educational and religious facilities but part of the funds were diverted to rebel and terrorist groups like Al Qaeda, the Haqqani network, and Jemaah Islamiyah (JI).

Such channelling was made possible when the Al Qaeda filled leadership posts in these charities with its own trusted men. Charities like the IIRO and MWL were used to channel funds to groups like Maktab al-Khadmat al-Mujahedeen. Some of these charities were later closed down.

The Combating Terrorism Center at West Point has well documented how during the 1980s the Haqqani network received financial supports from Saudi Arabia and other Arab states through Pakistan’s Inter Intelligence Service (ISI) (Peters, 2012).

Al Qaeida financing activities “were facilitated in part […] by the “extreme religious views” that exist within Saudi Arabia and the fact that “until recently” Saudi charities were “subject to very limited oversight.”” Blanchard, 2008). Indeed, Saudi Arabia has been implementing reforms to better control charitable organisations supporting terrorist activities only after the 2003 bombing in Riyadh and after persisting requests from Washington to do so.”

The United States is well aware about the financing network starting from Arab countries and reaching terrorists organisations through charitable institutions. In the US State Department’s memo dated December 2009 it is written that “donors in Saudi Arabia constitute the most significant source of funding to Sunni terrorists groups worldwide” (The Guardian, 2010/b). It is said that countries like Saudi Arabia, Qatar, United Arab Emirates and Kuwait do too little to stop rich and conservative donors from financing terrorist organisations through charitable and religious institutions.

Not just Saudi Arabia, but the UAE and lately even Turkey have been “linked to the collection and transfer of funds linked to terror groups.”

The Saudi funding assertions are confirmed by other sources such as in the November 2020 article mentioned above:

The report said al-Qaeda got the money by “abusing this pillar of Islam and taking advantage of the Saudi regulatory vacuum”. Riyadh has also supported the Taliban. In 1998, former Saudi intelligence chief Turki al Faisal sent a man to hand over a cheque for a billion riyals to a top Taliban official.

Saudi donors and unregulated charities have been financing terrorist groups for 38 years now. The Saudi terror nexus is well documented and now the world is being told every day how Saudi money funded radical Islam in Europe.

Provision of Arms and providing fighters

Citing the case of the Syrian civil war that began in March 2011 and ended with the defeat of ISIS in December 2018, the European Parliament document reveals that Saudi Arabia and Qatar both provided foreign fighters and arms to the struggle.

For months Saudi Arabia and Qatar have been funnelling money and small arms to Syrian rebels but have refused to provide heavier weapons, like shoulder-fired missiles, that could allow opposition fighters to bring down regime aircrafts and take out armoured vehicles. Despite the fact they have publicly called for arming the rebels they have held back in part discouraged by the United States which fears the heavier weapons could end up in the hands of terrorists (Worth, 2012). According to American officials and Middle Eastern diplomats, “most of the arms shipped at the behest of Saudi Arabia and Qatar to supply Syrian rebel groups fighting the government of Bashar al-Assad are going to hard-line Islamic jihadists” (Sanger, 2012).

Saudi Arabia’s activities of setting up madrasas and using them for indoctrination led to the recruitment of foreign fighters eager to participate in the civil war:

Between 800 and 2,000 foreigners are currently fighting in the country according to some estimates. … The single largest group of volunteers appears to be the Lebanese, aided by powerful Islamist networks in the Tripoli region. In the south, the Jordanian government tried to limit the traffic of fighters, but more than 100 Jordan Salafis are believed to fight for Jabhat al-Nusra in Syria.

Furthermore tens of Libyans, Tunisians, Kuwaitis and Saudis have also joined the battle, while individuals or small groups have been spotted from countries including Algeria, Morocco, the United Arab Emirates, and even Chechnya and Pakistan. Even some Western-based Salafis reportedly joined the fight (Lund, Syrian Jihadism, 2012). Many of these fighters are Salafi-jihadists committed to the establishment of an Islamic caliphate through violence. Some of these Salafi-jihadists are members of Al-Qaeda in Iraq and its affiliate the Islamic State of Iraq (O’Bagy, 2012).

While most sources speak of the involvement of individuals and private charities from Saudi Arabia and UAE in global jihad, the official Saudi role is explicitly mentioned as part of the problem in the recent article cited previously:

In 2008, an ex-felon and former al-Qaeda operative named Ali Ahmad Ali Hamad revealed something appalling, he said the Saudi High Commission for aid in Bosnia had hired him and other al-Qaeda members.

They were supplied with vehicles and money during the Bosnian conflict to spread terror and to carry out attacks. It was not a one-off instance. Just two years back Riyadh had turned its embassy in Turkey into a murder chamber. Journalist Jamal Khashoggi was murdered inside the embassy building and his body was dismembered.

The Saudi royal family too has been named:

Saudi Arabia has also fuelled terror through charities from the early 90s till the first half of 2006, a Saudi Arabia-based charity called the Muslim World League was supporting terror organisations. Documents later revealed the charity was largely run by members of the Saudi Royal family. The United States has now branded it a terror entity. In 2003, a senior US treasury official declared Saudi Arabia “epicentre” of al-Qaeda financing.

Given this scenario, we need stringent monitoring of money flows into the country especially for those originating from radical Islamist nations. The country also needs a policy on madrasas that goes beyond vote-bank considerations and political correctness. Already, there are reports of Saudi radicalization in many of Bharat’s madrasas like this one on Kerala.  The next part will detail out the radicalization and the madrasa scenario in Bharat.