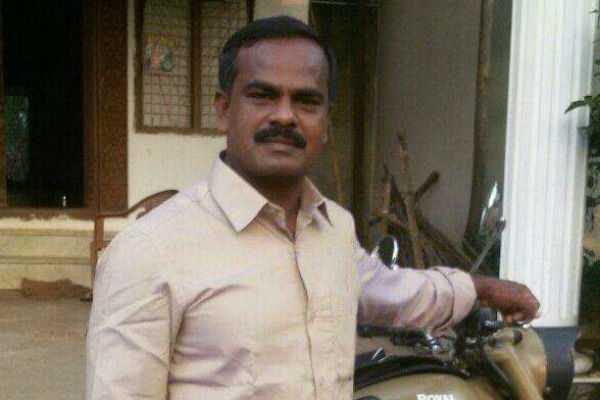 Murderers of Ramalingam, who was hacked to death for opposing Islamic conversion in Tamil Nadu, have been denied bail by the Madras High Court. The court observed how the accused have been using every trick to prolong the trial and expressed worry that if something happened to the witnesses the case would become useless. Citing the murder of a Sessions Court judge in Jarkhand, they stressed the need to fast-track the trial.

Ramalingam saw members of the now-banned Popular Front of India(PFI) proselytising SC Hindus in a village in Thanjavur. He questioned their motive and countered them. While doing so, he applied the sacred ash on their foreheads. On the same day, while he was returning home with his son late at night, he was murdered by Islamists. They had chopped his hands for daring to apply the sacred ash on their foreheads.

Ramalingam’s family, especially his son, who is an eyewitness, claimed that police were trying to sabotage the case. Ramalingam was murdered in February 2019. It has been 3 years since his death, and the NIA took over the case. Mohammed Asarudeen, Mohammed Riyas, Nijam Ali, Sarbudeen, Mohammed Rizwan, Mohammed Thoufik, Mohammed Farvees, Thowheeth Batcha, Mohammed Ibrahim, Mohammed Hasan Kuthoos, Mohamed Faruk, Mydeen Ahamed Shali and Rahman Sadiq were arrested in connection with the case. 5 others, Mohammad Ali Jinna, Abdul Majith, Bhurkhanudeen, Shahul Hameed and Nafeel Hasan, who were also booked are yet to be caught.

All this time, only his son Shyam Sundar and wife Chitra have been examined in chief till now despite an NIA special court(Exclusive Trial for Bomb Blasts Cases, Poonamallee, Chennai) hearing the case. The NIA court had rejected the bail applications of the 10 accused. They had appealed in the Madras HC to set aside that order. Now the HC has rejected the application saying, “materials gathered by NIA and placed before the trial court along with the evidence of the witnesses so far examined do not pass muster with the conditions stipulated in the proviso to Section 43D (5) ibid for the grant of bail”.

The Hindu, which covered the hearing in detail, reported that the judges observed, “the 12 accused continued to file petition after petition before the special court as well as the High Court seeking relief on various grounds. The result was that though the eye-witness Shyam Sunder was examined in chief by the prosecution as early as on February 23 this year, he had not been cross-examined by the defence till date.

Similarly, R. Chitra, the wife of the deceased was examined in chief on February 25, but she too had not been cross-examined so far because the defence counsel had filed an application to defer the cross-examination until two protected witnesses (whose name and address would not be disclosed) were examined in the court.

What’s more was that the two protected witnesses too had not been examined till date due to certain objections raised by the defence counsel. Finding it hard to fathom the course adopted by the defence, the Bench wrote, “If the trial is to progress in this manner, we are afraid it will not see the light of the day for another decade to come.”

They also expressed fears that if the two protected witnesses were not cross-examined as soon as the examination in chief was done as dictated by the Supreme Court, the entire case would become useless if something untoward happened to them. They cited the murder of a Sessions Court judge in Jarkhand to stress the point and directed the NIA special court to complete the cross-examination of the prime and protected witnesses at the earliest.

This is much similar to how Islamists delayed the trial of  Swargiya Kamlesh Tiwari’s case. Out of 13 accused arrested after the brutal murder, 5 have already got bail, including Maulana Kaifi of Bareilly. The mastermind Tanvir Hashmi has not been caught yet. It is heard that he has fled to Nepal. The Muslim killers have a team of dozens of lawyers (some Hindu too) at their disposal, including influential lawyers such as Mahmood Pracha, whereas the victim’s family has just 2-3 lawyers to represent their case.

Mahmood Pracha successfully got the case transferred to Prayagraj court from Lucknow as murderers felt unsafe in Lucknow. As a result, Kamlesh’s wife, Kiran Tiwari, has to travel to Prayagraj at her own expense for every hearing. In Ramalingam’s case, the Madras HC lamented that “the blame for keeping undertrials in prison for years always went to the criminal justice delivery system” while the under trial delayed the hearing by trying every trick in the book. The fact that the judges cited the Jharkhand judge’s murder, but to seek protection for witnesses, shows that they fear even mentioning the threat to their own life at the hands of Islamists.

It should be noted that Tamil Nadu Thowheed Jamat members had openly threatened judges during the hijab issue saying, “SC judges could meet a fate similar to the Jharkhand DM”. The judiciary is also to be held responsible for strengthening the Islamist hand by delivering ridiculous verdicts like “Oath accepting ISIS Chief as Caliph of Muslims is not incriminating” and that “mere discussions as to what was transpiring in India and the world and suggestions that everyone should work for Islam” cannot be considered as an offence. A Karnataka court had granted bail to a man associated with a terrorist organisation saying, “Mere attending meetings and becoming a member of the group, attending jihadi meetings, purchasing training materials and organizing shelters for co-members is not an offence”.

Judges seem to realise the threat only when it comes to their own safety. At least now, the aware ones should wake up the others and take measures to haul the entire judicial system to make it act responsibly in dealing with the threat of Islamic terrorism.