Radioactive substances have been recovered from multiple places across the nation- dirty bomb attack in offing? 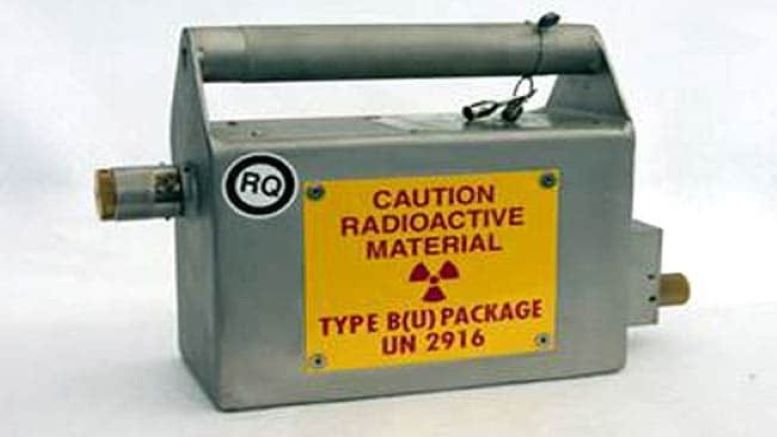 Radioactive substances estimated to be valued at INR 4250 crores were seized by CID sleuths in Kolkata on Thursday on the basis of a tip-off from the person who was allegedly approached by the duo who were in possession of the radioactive material. This is the third such instance with two such stashes of radioactive substances being recovered in UP and Maharashtra earlier this year raising concerns about the security of the country.

Reporting on the case, NDTV says:

The West Bengal Crime Investigation Department has arrested two persons from an area near the Kolkata airport for illegal possession of radioactive substances, which have an “estimated worth of ₹ 4,250 crores”, a senior officer said on Thursday.

One of the four pieces seized is suspected to be Californium, which has several practical uses and costs something around ₹ 170 crores for one gram, police sources said.

“The duo claimed that they bought the radioactive substances, which weighed 250 gm in all, from someone in Karnataka, after chancing upon him on social media,” the officer explained.

The two have been charged under the Atomic Energy Act and relevant sections of the Indian Penal Code (IPC). The police believe that these substances have been stolen from some laboratory and further investigations in the matter are underway.

The Maharashtra ATS (Anti-Terror Squad) had arrested a duo with 7kgs radioactive Uranium worth INR 21 crores. Uranium is not just highly radioactive but highly explosive as well and hence if it falls into the wrong hands there are possibilities of posing a threat to human lives and the internal security of the country.

An India Today report had said on the case:

The 7kg of uranium is worth over Rs 21 crore. The accused had even tested the uranium at a private lab for purity. The lab is also under scanner now.

Based on a complaint by an officer from Bhabha Atomic Research Center (BARC) in Mumbai, an FIR has been filed and further investigations are on. A case has been registered under the Atomic Energy Act.

The report stated that PI Bhalekar had received a tip-off about the illegal sale of uranium by one Jigar Pandya. On the basis of this, the ATS laid a trap and apprehended Pandya. Subsequently, ATS came to know of Pandya selling the Uranium pieces to Mankhurd resident Abu Tahir. Tahir was taken into custody and the seized uranium was sent to BARC for analysis when it was learned that it was highly radioactive and posed a threat to human life.

In May, eight people were taken into custody from Lucknow’s Ghazipur area who were selling what the police suspected to be the radioactive substance californium.

The accused were stopped for checking near Lucknow’s Polytechnic crossing on Thursday and 340 gm substance, suspected to be californium, was seized from them, Police Commissioner DK Thakur told news agency PTI.

During interrogation, the accused informed police that the substance was used in cancer treatment, the officer said adding that it was being sent to IIT-Kanpur for identification. “If it is Californimum, it can be worth crores of rupees,” Mr. Thakur said.

Hindupost had reported back then the kind of threat posed by uranium and similar radioactive substances:

Although 7 kg of Uranium is not sufficient to make a nuclear device, it can be used to make “Dirty Bombs”. A dirty bomb combines conventional explosives with nuclear material to disperse the nuclear material over a large area. A large number of people can be thus subject to nuclear poisoning. Although the risk of death from such radiation is minimal, the resulting panic and healthcare issues can have deep economic and psychological impact. Further, it is not yet ascertained that from where did Abu Tahir get this supply. There might be more nuclear material available in the black market and a really resourceful and motivated terrorist organisation could use the same to try and build a nuclear fission device, or a bomb.

The commerce in nuclear material is banned internationally by the Nuclear Proliferation Treaty or NPT, which however has not been signed by Bharat. However, on the basis of its excellent record in nuclear security, Bharat has secured a waiver from NPT to source raw material and technology for its civilian nuclear program. The nuclear energy space is still largely a monopoly in Bharat with only the government allowed to conduct any activity in the field. Only last year, applications of nuclear energy in the fields of agriculture, medicine, and nuclear research were opened to private entities. The Atomic Energy Act of 1962 restricts even the information related to nuclear material and declares all mines for fissile material as state property. The act provides for a 5-year prison term for violation of its provisions. Similarly, another little-known law Weapons of Mass Destruction Act, 2005, provides for minimum imprisonment of 5 years and up to life term for a person trying to sell fissile material to a “non-state actor” or a “terrorist”.

This arrest should ring loud alarm bells in the security establishment of Bharat. The National Investigation Agency should probe the terrorism angle and other security agencies having human and technical intelligence capabilities should coordinate in this case to find out the source of the nuclear material, the prospective buyers in Bharat of such material, and if any such material has already been sold to any private persons. Bharat has had an excellent record in terms of nuclear security and non-proliferation.

While it is fortunate that the police have been able to seize the radioactive substances and have probably averted any untoward incident, it does raise suspicion as to whether any dangerous plan is being cooked up by anti-national elements. The Union Home Ministry must initiate a thorough investigation into this considering that such seizures are becoming far too frequent.