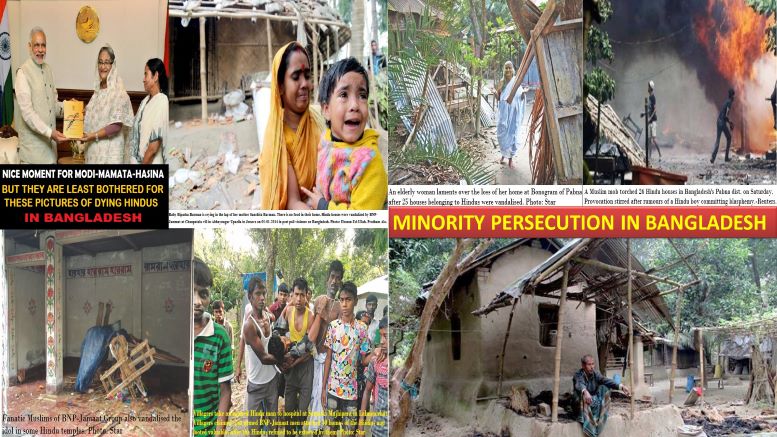 The radical Islamists have carried out a string of brutal attacks in Bangladesh on Hindu minorities in recent times and the frequency of such attacks is increasing with each passing day.

A local Muslim gang of Mohammed Hafizuddin attacked Hindu families at Tarakanda Upazila Mymensingh district of Bangladesh. The goons attacked the family with the intention of evicting them from their land. The family members were badly injured. The attackers did not even spare the women and their houses were also vandalized.

In all cases of attacks on Hindus, Islamists have adopted the same strategy of ransacking and burning houses and places of worship belonging to the minority Hindu community. According to these radicals, the purpose of the attacks is to free Bangladeshi soil from the Hindu community and also to occupy their properties and assets.

The Hindu community in Bangladesh is at extreme risk. It is shocking that they appear to be targeted simply for their religion.