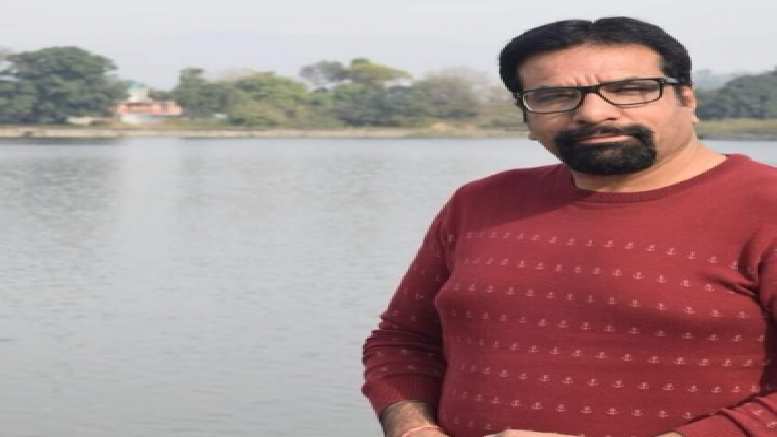 After a brief lull, Pakistan sponsored terrorists have struck again the union territory of Jammu and Kashmir. The assassination of BJP councillor of Tral, Rakesh Pandita by unidentified terrorists on Thursday is a grim reminder that Pakistan-based terror groups and their front organisations in the valley continue to remain active.

According to security sources, Lashkar-e-Tayyiba (LeT) is behind the killing of the BJP leader.

Analysts say that the Pandita’s assassination sends a clear message. The Pakistani establishment has decided not to engage with Bharat on a peace-track right now.

The militant organisation People’s Anti-Fascist Front (PAFF) has claimed responsibility for the killing. In a statement to local media, PAFF accused Pandita, a BJP leader, of creating a “network of informers, drug traffickers and immoral activities”. The PAFF said it was “keeping an eye on the activities of these forces”.

According to the security agencies, PAFF is a front organisation of LeT. This group is relatively unknown, and name was revealed only after August 2019. Security officials say that the outfit deliberately used words such as “resistance” and “fascist” in its name to convey the false impression that Bharat had adopted an authoritarian approach in its dealings in Kashmir after the abrogation of Article 370 on August 5. 2019.

A security official told Indianarrative.com that high-profile attacks were carried out whenever the situation in Kashmir showed an improvement. “Our neighbour can’t tolerate peace prevailing in the Kashmir valley.” But he added that anti-militancy operations would be further intensified in the days ahead. “Militants will not be allowed to sabotage the peaceful atmosphere.”

It is also believed that organisations such as The Resistance Front (TRF) and the People’s Anti-Fascist Front (PAFF) are essentially cyber cells of the LeT whose sole aims are to create havoc and generate communal disharmony in Jammu and Kashmir.

Out of these two, PAFF came into existence in August 2019 and it included members of Pakistan based terror outfits LeT, Jaish e Mohammad (JeM) and Al-Badr. The organisation had released a video of militants brandishing AK-47 rifles after claiming a few attacks on newly designated police personnel of the Union Territory of Jammu and Kashmir. After a few months, in December 2020, another militant group called the United Liberation Front (ULF) operating in Jammu & Kashmir made its first appearance on online platforms. Prior to this, there was no mention of this group or its on-ground activities in the mainstream militant narratives or in the media.

“We won’t allow Israeli-type settler colonies in Kashmir and Bharatiyas who want to settle in those colonies will become its legitimate target,” a masked man warned in the video released on social media, signalling an oft-repeated attempt to internationalise the Kashmir “movement.”

Significantly, the new group’s iconography avoids any religious symbols and identifiers — a recurring feature in militant propaganda, particularly of the new groups such as TRF and PAFF. This marks a tactical shift in self-projection by militant outfits to the outside world.

Officials say that there has been an increased effort to secularise the propaganda of the outfits with emphasis on “resistance” instead of jihad or a holy war sanctified by Islam. The members of militant outfits are called “freedom fighters”, irrespective of which group they are associated with.

After every successful encounter against the security forces, the admins of the group pay tribute to the fallen militants. As is common in militant groups across the world, the dead militants are hailed as martyrs.

According to the Kashmir experts, militant outfits frequently rebrand their groups by creating a facade of launching a new group. Over the past few months, there has been a surge of new outfits launched. Ostensibly, much of these organisations exist only on social media, which highlights an interesting gap between the online and offline tactics working in concert with each other.

The killing of Rakesh Pandita comes over two months after militants attacked Sopore Municipal Corporation on March 29 and killed two BJP councillors. Last year in June, a Congress Sarpanch Ajay Pandita was shot dead in Larkipora in Anantnag district. A month later in July, a BJP leader Wasim Bari was killed along with his father and brother in Bandipura.

The attacks on BJP leaders intensified after August last year.

Meanwhile the police and security agencies of the UT have issued fresh instructions to political workers and leaders not to move without PSOs.

The number of Kashmiri youths joining terrorist ranks has dropped more than 40 per cent since the revocation of Article 370, which granted special status to the erstwhile state of Jammu and Kashmir. While the terror activities have gone down, desperation of Pakistan-sponsored terror groups to disturb peace in the valley have become the biggest concern for security forces.

After the renewed pledge of ceasefire between Bharat and Pakistan, there has been “peace” on the borders but Pakistan continues its proxy war in J&K, claiming as usual, that the violence in Kashmir is homegrown.

The message is clear. Pakistan has backtracked from attempts at “normalisation” following the renewal of the ceasefire agreement between the two countries earlier this year. Pakistani Prime Minister Imran Khan has personally taken charge to block a budding peace initiative by insisting that restoring the status quo ante in Kashmir is the precondition for normalisation of ties with Bharat.

Bharat, on its part, has made it clear to Pakistan that the onus is on Islamabad to create an environment free of terror and hostility and “talks and terror” cannot go together and has asked Islamabad to take demonstrable steps against terror groups responsible for launching various attacks on Bharat, before any kind of normalisation can begin. Once again, Bharat and Pakistan appear heading for a logjam in their troubled relationship.