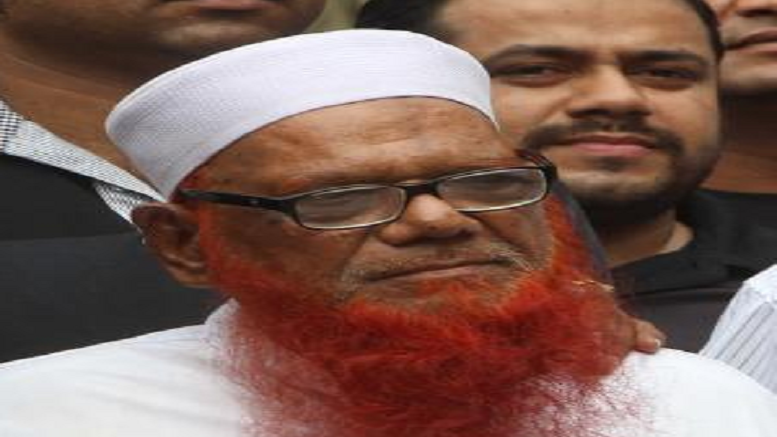 Moving ahead in the Darbhanga railway station explosion case, the National Investigation Agency (NIA) is all set to question arrested Lashkar-e-Taiba terrorist Abdul Karim Tunda for his alleged role in giving training for the configuration and assembling of the bomb that exploded in a parcel on the Secunderabad-Delhi Express train.

Tunda who was arrested in 2013 by the Delhi Police. The official said that the agency has got the vital inputs that Tunda had trained Mohammad Nasir Khan, who planted the bomb in the train on June 15 this year.

The official said that the agency has arrested four persons in connection with the case. They include Imran Malik and Khan (both brothers) and members of the Lashkar-e-Taiba (LeT) who were arrested from Hyderabad on June 30; Mohammad Salim Ahmed aka Haji Salim and Kafil aka Kafeel, both residents of Uttar Pradesh’s Kairana and arrested on July 2.

The official pointed out that Tunda shares good relations with Pakistan-based Iqbal Kana, on whose instructions the bomb was planted in the Secunderabad-Darbhanga Express train. The official said that Tunda was arrested after being on the run for over two decades in August 2013. Tunda had come in contact with Kana in 2009.

The official said that during the questioning of the arrested accused, the role of Tunda came to light. A NIA spokesperson had earlier in a statement said that preliminary investigation had revealed a trans-national conspiracy hatched by top operatives of the proscribed terror outfit LeT to execute terror acts across Bharat and cause large-scale damage to life and property.

The NIA had said that acting under the directions of Pakistan-based handlers of Lashkar, Khan and Malik had fabricated an incendiary IED and packed it in a parcel of cloth and booked the same in a long-distance train from Secunderabad to Darbhanga. The anti-terror probe agency pointed out that this was aimed at causing an explosion and fire in a “running passenger train”, resulting in huge loss of lives and property.

The official said that Khan was also sent to Pakistan in 2012 where he got the training in configuring the bomb and was also asked to meet Kana and other Inter Services Intelligence (ISI) officers. Khan returned to Bharat after six months and remained inactive till 2020. Even his brother Nasir was also in touch with Kana, the official said.

Digging more into the role of other accused Ahmed, a resident of Kairana, the official said that he was also in touch with Kana as they are from the same village. The official said that brothers Khan and Malik had met at the residence of Ahmed in February 2021 and finalised the plan of planting an IED in a moving train so casualties and extensive damage to property can be caused. Ahmed also arranged Rs 1.6 lakh for Khan and Malik for carrying out explosion.

Terming Ahmed a close associate of Pakistan-based LeT operative Kana, the NIA official said: “Ahmed was acting as a key intermediary between Kana and arrested brothers Khan and Malik. He was also involved in channelling funds sent by Kana that were used in executing the terror act.”

The official said that Ahmed had visited Pakistan on a number of occasions. The anti-terror probe agency will also probe the hawala transaction dealings between the LeT handlers based in Pakistan and their members in Bharat. The source revealed that Ahmed has also been questioned by a team of the Intelligence Bureau and several other agencies.

Following the blast, a case was registered in Bihar’s Muzaffarpur on June 17. The NIA had taken over the probe on June 24.

(The story has been published via a syndicated feed with minor edits to conform to Hindu-Post style-guide.)i