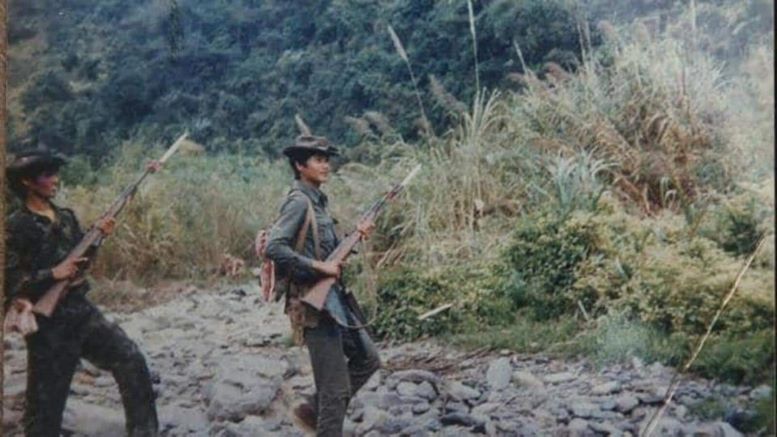 For the banned separatist terrorist organization it was an execution of the judicial council’s order to punish two newly recruited young cadres, but for the government and people of Assam it was assumed as a cold-blooded murder of two Hindu youths (Sanjiv Sarma and Dhanjit Das) in one of their hideouts somewhere in Myanmar-China border areas.

For the passionate observers, there is nothing unusual for the United Liberation Front of Assam (Independent), which has been waging a war against New Delhi for a separate homeland for Assamese people out of Bharat, to give capital punishments to their members for ‘unpardonable’ crimes.

In a media statement on 7 May 2022, the Ulfa(I) claimed that their judicial organ had found Sanjiv and Dhanjit guilty of spying for Assam police and hence both of them were executed in the morning hours. The outfit claimed that both Sanjiv (hailing from Baihata Chairali near to Guwahati) and Dhanjit (from Barpeta in western Assam) confessed their crimes (of spying) and they were convicted in the first week of May.

Speaking to some Guwahati-based satellite news channels live,  Ulfa (I) military chief Paresh Barua stated that the crime of  Sanjiv and Dhanjit was unpardonable under the outfit’s constitution. The armed outfit also released two video clippings where Sanjiv and Dhanjit ‘confessed’ their crime (that they were secretly working for the police) and asserted that Ulfa (I) is a ‘revolutionary’ organization (meaning not a terror group). It is understood that the victims read out the lines under gun points.

The news channels telecast the videos repeatedly that created sensation among the viewers. However, the terrorists remained silent on handing over the bodies to respective families as a last respect to both the victims. Moreover, the outfit has not issued any supporting photographs of their execution till date.

Born on 7 April 1979 at Sibsagar in eastern Assam, the United Liberation Front of Assam (Ulfa) pledged for an independent homeland for its indigenous population with an armed struggle. For decades the terrorist outfit enjoyed public support but in 2011 there emerged divisions among the leaders on the ground of peace talks with the government.

Many preferred to sit for negotiations, but Paresh Baruah rejected the idea and formed a different group in 2012. Soon his faction emerged as Ulfa-Independent to continue the struggle for an elusive Swadhin Asom.

Assam chief minister Himanta Biswa Sarma, also in charge of the State home portfolio, strongly denied the presence of any spy from the State police department in the terrorist hideouts. Sarma, who has been sincerely pursuing peace talks with the Ulfa (I) leaders for  a year that resulted in an unilateral ceasefire by the militants showing their sincerity to the negotiation process, argued that it was beyond the State government’s jurisdiction to send spies outside the country.

Repeatedly urging the terrorists to avoid any kind of violent activities, the saffron leader commented that it’s time for peace & progress and no way for relentless bloodshed. The State police chief  Bhaskar Jyoti Mahanta in his belated official comment denied the allegation that the police department had sent any spy to the camps. Asserting that the State police had never sent a spy in the last many decades, Mahanta clarified that it’s beyond their command to send anyone  to a foreign country as a secret agent. He termed the execution of two youths, if it turns out to be true, as inhuman and terrorizing. Moreover, he asserted that the judicial organ of Ulfa (I) can no way be recognized.

Finally, Mahanta questioned why the State police would send spies to the terrorist’s camp at this moment, as the initiative for negotiations with  the Union government is going on. After all, they have no vested interest in derailing the peace process.

The recent news of killing another Hindu cadre (Biju Gogoi) by the terrorist outfit created more sensations among the people. This time it was revealed by an arrested terrorist that he saw Biju’s body with bullet injuries in a camp inside Myanmar. Biju was associated with All Assam Students’ Union and joined the Ulfa (I) in 2019 following the uproarious situation that emerged due to rigorous protests against the citizenship amendment act in Assam’s Brahmaputra valley.

The arrested rebel claimed that Biju was gunned down by the militants as he perhaps tried to escape from the Myanmar camp. As the news spread, the Ulfa (I) leaders came out with a clarification that Biju was not executed but he killed himself on 12 February last.

Now the family members of Biju raise the pertinent question why the militant leaders did not disclose it earlier. Biju’s mother demands a proof that her son committed suicide by shooting himself in the camp and not murdered by the militants.

Facing the heat, Ulfa (I) leader Barua telephoned  Biju’s brother and asserted that the arrested ‘rebel’ was not a recognized member of their organization and he spread the news on behalf of the government so that a wrong message can go to the people of Assam.

Earlier, a forum of nationalist citizens of northeast Bhrat sharply reacted to the development  commenting that the claimed execution of two cadres by Ulfa (I) only reflects its desperation to get wider attention. Patriotic People’s Front Assam (PPFA), in a media statement, affirmed that the armed outfit has been indulging  in crimes (assassinating thousands of Assamese nationals) for the sake of revolution since long back.

When the Ulfa (I) leaders made a declaration that a few secret agents (working for Assam police) were identified in their hideouts, everyone guessed some actions, but they did not believe that the terrorists would kill the Assamese youths, added the forum.

The patriotic forum also urged the local media outlets to be responsible while reporting the terrorist-issues. Providing live coverage to the terrorist leaders as if they were doing some heroic work for the nation, the forum argued that the news channels were simply glorifying the Ulfa (I) for the illogical and inhuman activities.

The television news anchors had hardly questioned the authority of Ulfa (I) to declare someone as traitors and subsequently kill them. So, the question arises how come the mainstream media outlets (which are legally abided by government guidelines), can use the space with so much insensitivity and irresponsibility. Not to speak of satellite news channels, a press club in Guwahati also tried to accommodate live space to the terrorist leader with an arranged media interaction last year. It resulted in a police complaint against the present press club president and secretary.

The complainant Biswajit Nath, a city based nationalist scribe, argued that  a large number of journalist-members of the press club once stood against the ULFA (I) terrorists to hoist national tricolour in the club premises on the Independence and Republic Day, but the present committee has spoiled the spirit of patriotism with an attempt to organize a press interaction with the terrorist leader, who has been challenging Bharat’s sovereignty and integrity for decades.