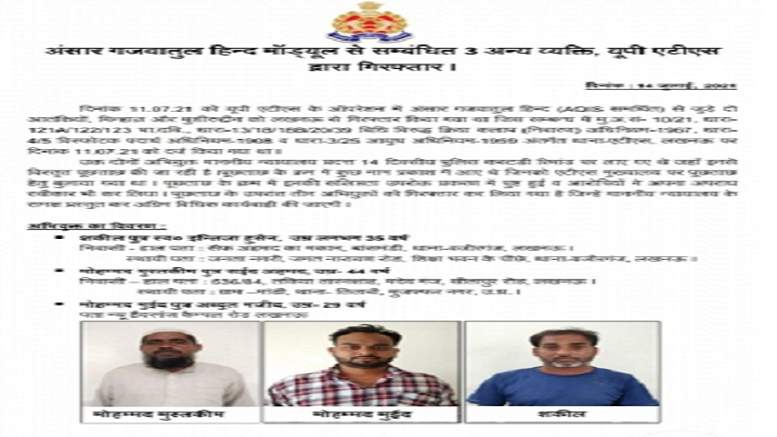 The Jamiat Ulama-i-Hind (JUH) said on Wednesday that it will provide legal help to the persons arrested by the ATS in Lucknow for their alleged terror activities. The JUH said that the arrested persons’ family members have sought legal help following which an advocate has been appointed to fight the case.

JUH President Arshad Madani alleged that the security agencies have been targeting Muslim youth without any proof and hundreds of them have been let off by the courts and the JUH will fight their cases till their logical end.

The JUH also demanded the case to be tried in a fast-track court.

The Uttar Pradesh ATS arrested three more suspects on Wednesday in connection with planning terror attacks in the state, particularly in Lucknow.

The arrested persons have been identified as Shakeel, 35, Mohd Mustaqeem, 44, and Mohd Moid, 29.

According to an official statement, the three were arrested following information provided by Maseeruddin and Minhaz Ansari, who were arrested on Sunday.

UP: Asif befriends minor girl on Instagram, arrested while taking her to Mumbai

Fardeen and 4 others held for sexually harassing woman, threatening her brother in Lucknow