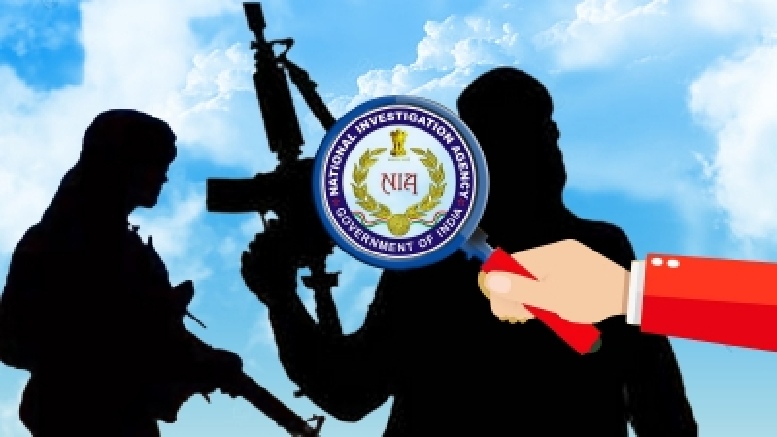 A highly radicalized Islamic terrorist involved in propagating jihad against Bharat has been arrested from Bihar by the National Investigation Agency (NIA).

Ali Asgar alias Abdullah Bihari, a resident of Siswaniya village, was the seventh accused arrested in connection with a probe into the activities of banned Jamaat-ul-Mujahideen Bangladesh (JMB). Asgar was arrested during searches conducted in the East Champaran district of Bihar on Tuesday, a spokesperson of the NIA said.

The spokesperson said the case is related to arrest of 6 active cadres of proscribed terror organization JMB, including three illegal immigrants from Bangladesh, from near a mosque in Aishbagh, Bhopal in Madhya Pradesh who were found involved in propagating the JMB plans or ideology and motivating youth to carry out jihad against Bharat.

The case was initially registered on March 14 at Bhopal police station and re-registered by NIA on April 5, the anti-terror probe agency said. The terrorists living as tenant in Bhopal were also involved in making sleeper cells to execute their terrorist activities in the future.

“He was a close associate of earlier arrested accused persons and was found using encrypted applications to communicate secretly with other associates in India and Bangladesh,” the spokesperson said.

JMB and Bangladeshi terrorists have been arrested from various parts of the country in recent months. In March, West Bengal Police’s Special Task Force (STF) arrested a madrasa teacher from Howrah’s Bankra for sheltering JMB terrorists and making fake identity cards for them. He was also involved in numerous sabotage operations in north-east Bharat.

Bangladeshi jihadi Faisal Ahmed was arrested from Bengaluru recently. He had been working as a cab driver and radicalizing youth in madrassas in Bharat’s technology capital, after fleeing Bangladesh where he was wanted for the 2015 murder of Hindu writer and blogger Ananth Vijaya Das.

In January, NIA charge-sheeted 5 JMB terrorists, 4 of whom are Bangladeshis, who had been arrested from Kolkata. The investigators found that these terrorists and their associates of JMB/AQIS (Al Qaeda in the Indian Subcontinent) were hatching a conspiracy to recruit, motivate young Muslim youths to carry out terror activities in order to establish ‘Caliphate’.

JMB, AQIS and ABT (Ansarullah Bangla Team) terrorists have also been arrested from Assam, and found to have deep links with radical outfit PFI. PFI’s political arm SDPI has allied with ‘secular’ outfits like Congress.

Apart from terrorist infiltrators, many Bangladeshi and Rohingya Muslims are illegally entering into Bharat with the help of human trafficker who create fake identity documents for them, including passports in Hindu names. Many such rings have been busted in various states like Uttar Pradesh, Maharashtra and Karnataka.

The Islamic terror group JMB was founded in Bangladesh in 1998, but has since established modules in West Bengal and spread its tentacles across Bharat. In 2005, the outfit was officially acknowledged as a terrorist group and banned by the government of Bangladesh. It came on the radar of Bharat’s security agencies after the 2014 bomb blast in West Bengal’s Burdwan. JMB terrorists were convicted in the 2018 Bodh Gaya serial bomb blasts case.

JMB had also carried out the terrorist attack at an upscale cafe in Dhaka in 2016, in which 22 people, including Bharatiya national Tarishi Jain was tortured and murdered because she was a Hindu and could not recite verses from the Quran as the terrorists, mostly well-educated young men from rich families, demanded of their hostages.