Militant outfit Hefazat-e-Islam, which was behind the recent unrest in Bangladesh, has a sub-group called “Manhazi”, whose members include some “who had trained in Afghanistan”, a senior police officer said on Tuesday.

According to officials, since the early 1980s, many people went from Bangladesh to Afghanistan to join the Al Qaeda fighting against the Soviet Army. There is no accurate count of how many, mostly madarsa teachers and students, had gone theere, but the rise of militancy in Bangladesh in the 1990s was spurred on by these fighters returning home.

A branch of Pakistani militant organisation HuJI, was established in Bangladesh in 1992, and Osama bin Laden had allegedly aided its formation.Announcing the formation then, Bangladesh’s Taliban-supporting leaders including Mufti Izharul Islam Chowdhury had said HuJI had been operating as an organisation for “several years before”.

Mufti Izhar, who had very close links with Bin Laden and Taliban chief Mullah Omar, had travelled to Afghanistan on several occasions and met them, describing his trips to meetings in different publications, which were circulated within the Huji network.

He was the founder of Jamiyatul Ulum al Islamia Madrasa, also known as Lalkhan Bazar Madrasa, and allegedly a “breeding ground of the militants” since early 1990s with the ultimate goal of setting up a Taliban state in Bangladesh, police said. 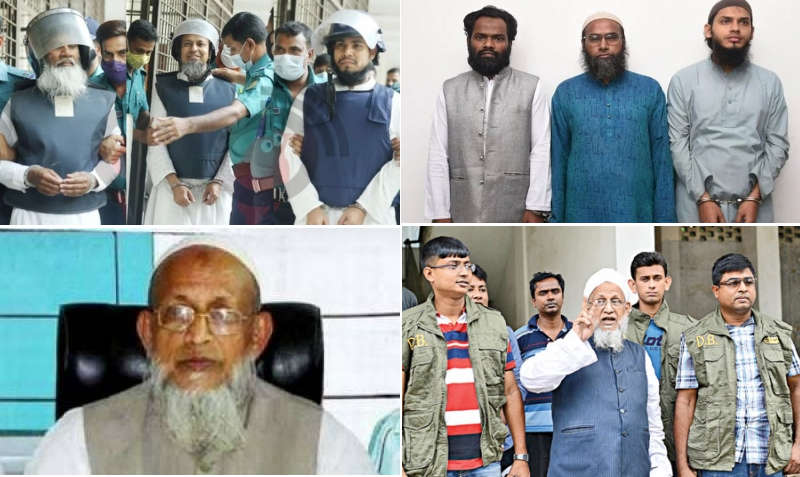 Bangladeshi security agencies recently learned of a Messenger chat group that served as a network for distribution of extremist ideology and planning of militant acts, CTTC chief DIG M. Asaduzzaman told the media.

At least 10 militants were on chat group titled “Science Project” had planned a “large-scale incident” in Bangladesh before they would abscond to Afghanistan, DIG Asaduzzaman said on Tuesday.

“Most of the militant groups in Bangladesh claim their affiliation to Al Qaeda. Ansar Al Islam claims to be the sub-continental wing of Al Qaeda. They move to Afghanistan illegally, without passports and visas,” Asaduzzaman said.

Three young men from Bangladesh have recently abandoned their home to take up the banner of Islamist terrorism in Afghanistan, according to officials of Counterterrorism and Transnational Crime Unit (CTTC).

They include Abdur Razzak from Comilla and Shibbir Ahmed from Sylhet.

Razzak studied at a madrasa in Sylhet and worked as a driver, and his brother, Salman Khan, reported him missing to Sylhet police March 25. Rabiul has also reportedly left home of Noakhali to travel to Afghanistan, but the police have yet to confirm this.

Sajeeb Ikhtiar, 20, who was among four members of the Science Project group arrested on Saturday, had confessed that his friend Razzak had been eager to take him to Afghanistan before Eid.

During police questioning, the four confessed their accomplices had gone to Afghanistan “via Chattogram” and that an individual named Abdullah from Sylhet had contacted them and told them to get their passports ready. Additional details about ‘Abdullah’ were not shared.

HuJI was the first organisation to conduct militant activity in Bangladesh. It carried out its first bomb attack on a cultural festival of five-decade old organisation Udichi in Jashore on March 6, 1999, killing 10 and injuring over 100. From 1999 to 2005, it orchestrated 13 bomb and grenade attacks across the country, killing at least 103 and injuring over 700.

The most violent of these incidents was the grenade attack on a public rally joined by the then Leader of Opposition Sheikh Hasina in 2004, leaving 22 people dead. The top leaders of HuJI were arrested in 2009 when the Awami League came to power.

Police officials say that the militants of that time would often travel to Afghanistan because those who trained there were highly respected by their peers.

In the past decade, many also started to go to Syria with the rise of the Islamic State and some of them also died there.

HuJI has started showing inklings of activity once again. “They harbour extremist views. Basically, it was them who instigated the violence in Chattogram,” said Alam.

The DMP counterterror unit says it arrested three members of HuJI on March 4. They were identified as HuJI Operation Branch chief Md Mainul Islam aka Mahin aka Mithu aka Hassan, the organisation’s ‘sheikh’ Sohan Shad aka Bara Abdullah and Murad Hossain Kabir. The counterterror unit says that Mainul was giving children ‘jihadi’ training at a madrasa in Dhaka.