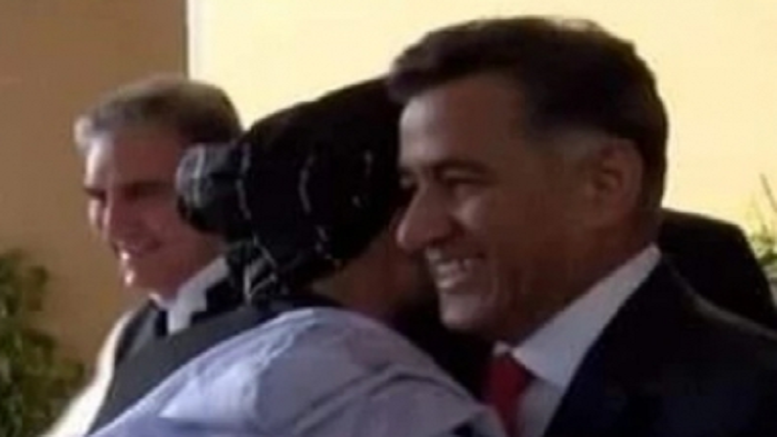 After months of fighting along with the Taliban, militants of Pakistan based Lashkar-e-Taiba (LeT) and Jaish-e-Mohammad (JeM) have started heading back home. Few batches of militants have started reaching their training camps in Pakistan Occupied Kashmir (POK). In a series of video clips, these militants are shown taking out victory rallies. Apart from street demos, celebratory firing in various places, such as Abbaspur, Hajira and Sensa near the Line of Control (LOC) is becoming routine.

These militants were sent to fight along with the Taliban on the instructions of the ISI and Pakistani army. Since it is “mission accomplished” time, these militants are coming back home with a renewed focus on Kashmir.

A large number of militants are from Punjab of Pakistan, who were dispatched by the army after a short stint of training at camps run by LeT and JeM to beef up the ranks of the Taliban. In Kandahar, Helmand and other places in Afghanistan, these groups, bearing the tag of terror units by the UN, were seen fighting along with the Pakistani army and the Taliban. Number of militants were killed and Pakistan had arranged for transporting the bodies of slain terrorists to their native places.

Last week, Mufti Abdul Rauf Azhar, the younger brother of Maulana Masood Azhar, founder of JeM and chief operating officer, had met top Taliban leadership Mullah Baradar and Mullah Yakub in Kandahar, to pledge allegiance. Yakub is the son of the Taliban founder, Mullah Omar. He is heading the group’s military wing. According to intelligence reports, during his stay in Pakistan after the Taliban’s rout, Yakub was trained in a JeM military camps in POK. JeM supremo Masood Azhar was a close “friend” of his father Mullah Omar. In his write-up titled “Manzil ki Taraf” (towards the destination) on August 16, the JeM founder thanked God for the success of “Mujahideen” in Afghanistan.

According to an estimate by various intelligence agencies, there are also 1,500 to 2000 LeT and 2000 to 2,500 JeM cadres in Afghanistan, mostly in the eastern and southern provinces. Around 250 Pakistan army were also present in the battle fields.

After the Taliban’s takeover of Kabul on August 15, it was none other than the Pakistani Prime Minister Imran Khan who was the first head of the state to congratulate the Taliban for “breaking the shackles of slavery”. The ex-ISI chief Asad Durrani openly bragged about the ISI’s support for the Taliban and wanted to be “congratulated” for this.

“We took Money and Weapons from the U.S. But Never acted on Taliban, So they have thrown Americans out of Afghanistan,” said the former ISI chief in a recent interview.

In the last couple of days many pictures have surfaced on the social media where the ISI chief Faiz Hameed and Pakistani foreign minister Shah Mohammad Qureshi were seen offering Namaz together with Mullah Baradar and other Taliban leaders.

According to sources, these pictures were taken in Kandahar after Mullah Baradar had reached Kabul. Pakistani sources say that along with the ISI chief, foreign minister Quereshi had made a secret trip to congratulate the Taliban leadership. Many Pakistanis including the military establishment and Imran Khan’s government are euphoric after the victory of the Taliban. Flags of the Taliban were raised on the rooftop of madrasas including a women’s madrasa at Jamia Hafsa, linked to Lal Masjid in Pakistan’s capital Islamabad where girl students were made to sing “salaam Taliban”.